The Aston Martin DBX SUV alone accounted for over half of the British luxury car manufacturer's sales in the first quarter this year.
By : HT Auto Desk
| Updated on: 06 May 2021, 16:44 PM 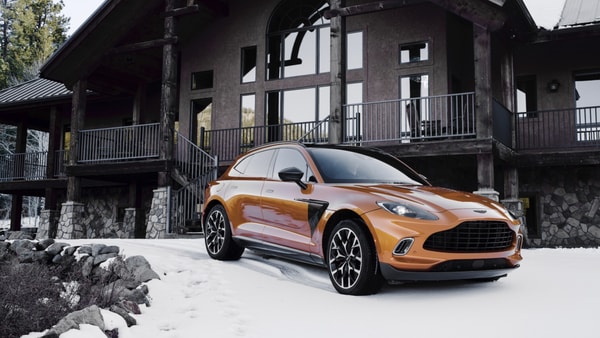 The Aston Martin DBX SUV alone accounted for over half of the British luxury car manufacturer's sales in the first quarter this year.

Aston Martin began rolling out its DBX SUVs from July 2020. The Aston Martin DBX is powered by a 4-litre, twin-turbo V8 engine sourced from Mercedes-AMG, that produces an output of 550 PS of power and 700 Nm of torque.

The company said that its revenue managed to beat average estimates by analysts, and has jumped by 153% to 244.4 million pounds (roughly converted to almost ₹250 crore).

"I am pleased with our performance in the first three months of the year, delivering results in-line with our expectations of good growth and progress on the path to improved profitability and cash generation. Dealer inventory for GT/Sport is now at our ideal levels, earlier than originally planned and supporting stronger pricing dynamics. We are encouraged by the growth in orders for both GT/Sport and DBX, providing good visibility," said Tobias Moers, Chief Executive Officer at Aston Martin Lagonda.

Aston Martin hopes to continue its first quarter performance through the year to end 2021 on a profitable note.

"My co-investors and I are very confident in the future success and potential for Aston Martin as we transform the company to be one of the greatest luxury car brands in the world," said Lawrence Stroll, Chairman at Aston Martin Lagonda.

The turnaround for Aston Martin has taken about three years after the company went public in 2018. It had faced huge losses until Canadian billionaire Lawrence Stroll took charge last year. He helped the carmaker out of a cash-crunch situation and joined hands with Mercedes-Benz to steer the iconic British carmaker out of the rough.