Gasoline had staged a stunning comeback in June as some economies started to reopen, with its margins in Asia returning to premiums against crude oil from steep discounts in April and May.
By : Reuters
| Updated on: 04 Aug 2020, 10:42 AM 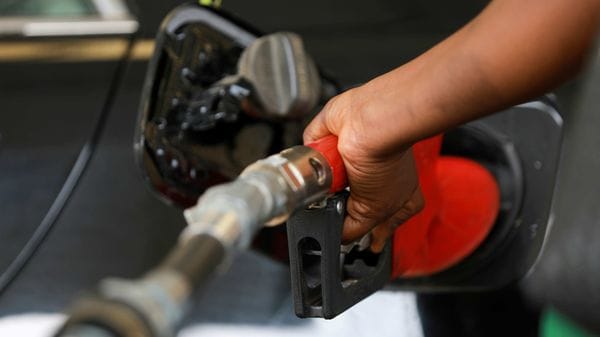 By end-July Asian petrol premiums to Brent had dropped to 4 cents a barrel from $2.37 on July 1.

Asia's gasoline refining margins nearly burned up in July, dropping to just above zero in the worst profit performance for refined fuels over the month as a new wave of coronavirus infections walloped demand recovery and swelled supplies.

The situation turned even more dire on Monday when the fuel's margin sank into the red for the first time since June 2.

Gasoline had staged a stunning comeback in June as some economies started to reopen, with its margins in Asia returning to premiums against crude oil from steep discounts in April and May.

By end-July, though, Asian petrol premiums to Brent had dropped to 4 cents a barrel from $2.37 on July 1. Margins for benchmark 10 parts-per-million (ppm) gasoil rose 2 cents to $6.86 over the same period.

Unlike gasoil, or diesel, typically used for the transport of manufacturing and farming goods and other industrial activity, gasoline's main function is to power cars. This makes it vulnerable when lockdown measures cripple demand.

"The relative demand recovery in gasoline is being held back by continued restrictions on personal mobility, as compared to diesel-dominated commercial and industrial activity which is returning more quickly," said Philip Jones-Lux, energy market analyst at consultancy JBC Energy.

Other fuels also fared better over July, with the discount for very low sulphur fuel oil narrowing, and jet fuel and naphtha margins falling 35% and 26.5%, respectively.

China's monthly average gasoline exports for the first half of 2020 jumped 16% compared with the same period last year, and its export volumes may not slow as domestic demand gets hammered by the coronavirus and summer floods.

As for the United States, the world's largest gasoline consumer, its imports from Europe last month dropped by 56% from a year earlier to 890,000 tonnes, Refinitiv Eikon data showed.

That could mean that European gasoline gets pushed into Asia, Lin said.

Storage is relatively full, though, and Indonesia, Asia's top gasoline buyer, has also been keeping its import volumes low. Its monthly average imports from January to July at 7.7 million barrels is down 27% from the same period last year, data from Refinitiv Oil Research showed.

"We see gasoline demand remaining potentially more affected than gasoil or marine fuel through the rest of the year," said Jones-Lux.