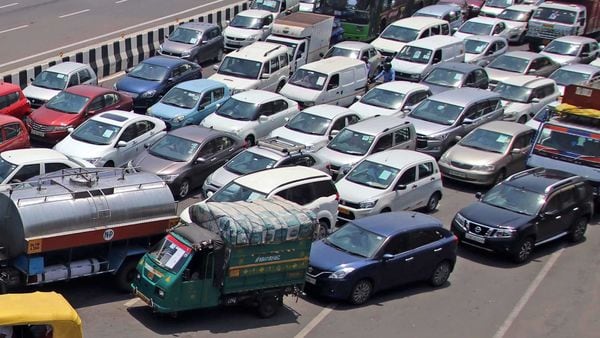 Heavy traffic congestion was witnessed at the Delhi-Noida border near Delhi-Noida-Direct flyway (DND) on Monday, a day after Chief Minister Arvind Kejriwal announced the opening of national capital's borders with Uttar Pradesh and Haryana.

Many people with no proper passes were returned from the borders. The confusion led to the increase in waiting time to cross the border creating bottle necks as office goers increased in numbers from today.

Several commuters complained that they were not being allowed to enter Noida.

"I was coming from Palam and going towards Noida for office and they are not letting us in without a pass. Before this, I was never asked for a pass," ANI quoted one of the commuters Dharamvir Singh.

Another commuter was quoted by ANI saying that "They are not letting us go and that too without giving us any reason."

On Sunday, the Ghaziabad district administration has announced to keep its border with Delhi sealed. Citing number of rising Covid-19 cases in the district, of which 19 were added on Sunday, the administration had decided to seal the border since April 22. The restrictions will continue for residents in the region.

Kejriwal, who had decided to shut the national capital's border with Haryana and Uttar Pradesh for a week, on Sunday announced that the borders are being opened from Monday.

(Also read: Delhi now has no restrictions on number of passengers in vehicles)

On Sunday, Chief Minister Kejriwal had announced that Delhi's borders will be opened for inter-state movement from Monday following weeks of closure due the Covid-19 lockdown.

On June 1, the Delhi government had announced that the border between the two cities will remain sealed for the next one week. The order came despite the Centre lifting all restrictions on inter-state movement of vehicles. The decision by the Delhi government was taken as the number of cases has been steadily rising in the national capital.