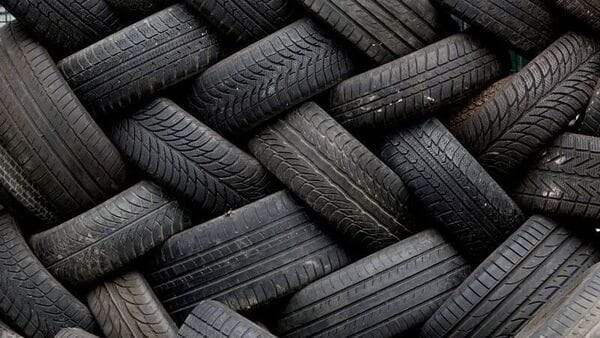 File photo of tyres used for representational purpose only

Apollo Tyres has welcomed the Ministry of Road Transport and Highways' (MoRTH) recent notification mandating defined standards for new tyres of passenger cars, trucks and buses, in terms of rolling resistance, wet grip and rolling sound emissions. The standards will come into effect from October and the tyre-maker believes that it will help customers in making informed buying decisions.

The company believes that these standards will also set in motion the direction towards products that are more sustainable and safer. "We wholeheartedly welcome the MoRTH notification on tyres, which will be of benefit to users. Customers would be able to make informed purchase decisions with respect to key performance parameters while buying new tyres," said Satish Sharma, President - Asia Pacific, Middle East and Africa (APMEA) - Apollo Tyres.

He added that the testing infrastructure in the country, required to implement these standards, have also caught up significantly, though he added that there are some capacity gaps that need to be filled. Further appreciating the government's efforts to make the country's auto industry come to par with developed markets, Sharma said, “(This enhances) export appeal and potential of Indian products."

As per the draft notification issued by MoRTH, all existing tyre designs will have to comply with wet grip and rolling resistance standards from next April and less rolling noise standard from next June. The tyres will have to meet wet grip requirements and stage 2 limits of rolling resistance and rolling sound emissions as specified in the AIS (Automotive Industry Standard).

Once these standards are implemented, India will be aligned with United Nations Economic Commission for Europe (UNECE) regulations. Rolling resistance of tyres have a significant impact on a vehicle's fuel efficiency while the wet grip capability influences braking performance of tyres under wet conditions.