An Apple-Tesla showdown will happen on the factory floor

Already, one thing Tim Cook can do better than Elon Musk is deliver a high-quality and consistent product on time.What’s holding Tesla back from growing into its $616 billion market value isn’t demand for its EVs, but inability to manufacture them.
By : Bloomberg
| Updated on: 22 Dec 2020, 14:41 PM

Logos of Apple (L) vs Tesla

It was kind of inevitable that Tesla Inc.’s biggest challenger wouldn’t be a car company. Apple Inc. makes for the perfect nemesis and could teach its California cousin a thing or two about reliability and delivery.

For years, there’s been speculation that Apple would join the electric vehicle race, with teams formed and development under way. Yet the program also seemed to lack focus, leading to job cuts and changes in direction. Now, there’s renewed hype that an actual Apple-branded car may be in the works, and the aggressive timeline is taking even the company’s fans by surprise.

Automotive suppliers, including Taiwan’s Hota Industrial Manufacturing Co., have been told by Apple to ramp up production of parts ahead of a launch as early as next September, the Taipei-based Economic Daily News reported. Reuters says that Apple has a 2024 timeframe for delivering its self-driving vehicle, with battery technology set to be the secret sauce.

Having sat on plans for electric vehicles for the better part of a decade, the resurfacing of Apple Car rumors has peculiar timing. One reason would be a leadership reshuffle inside the company, as outlined by Bloomberg News earlier this month.

Artificial intelligence chief John Giannandrea is taking over the self-driving car unit, an indication that Apple sees software and systems as the key ingredient. Previously, the effort was headed by Bob Mansfield, vice president of hardware engineering.

Another development that went mostly unnoticed outside the EV realm: Foxconn Technology Group is getting into cars. That’s the same company that not only assembles your iPhone but supplies numerous less-significant components for it.

(Also read | Five things to know about 'iCar', the Apple vehicle for the masses)

Foxconn announced plans in January and unveiled its own open-vehicle platform in October. The company says it will start shipping a first EV development kit in April, allowing any developer to build a car on top of this barebones chassis and electrical system. 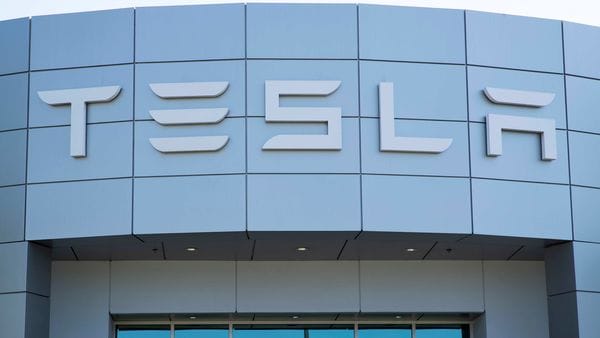 So after years of hearing very little out of Cupertino, suddenly we have Apple shifting vehicle plans away from a hardware chief to an AI leader, its primary manufacturing partner unveiling a modular platform, and various news reports from suppliers talking up an imminent product launch.

Let me be clear. I have covered Foxconn for almost 20 years, yet I have no information at this stage that the Taiwanese company has even been tapped to make cars for Apple. To be frank, I think their interdependent relationship is unhealthy: Foxconn gets over half its revenue from that one client, while iPhones couldn’t get made without that key supplier.

But they do seem in sync on one thing: In this new era, a vehicle’s brand and production can and probably should be split. Tesla Chief Executive Officer Elon Musk vehemently disagrees, and I have called him out on it.

“Cars are very complex compared to phones or smartwatches," Musk told Handelsblatt back in 2015. “You can't just go to a supplier like Foxconn and say: Build me a car."

I think his sentiment understates the complex and close relationship between Apple and its entire supply chain. CEO Tim Cook doesn’t just fax an order to Shenzhen and expect Foxconn’s team to bang together a few parts and ship them out the door. Bits of today’s iPhone were being designed five years ago, with manufacturing discussions likely under way two years before launch. And smartphones are incredibly sophisticated, made more difficult by the small size, tight tolerances, fast ramp up, and large volume of production.

Already, one thing Cook can do better than Musk is deliver a high-quality and consistent product on time. What’s holding Tesla back from growing into its $616 billion market value isn’t demand for its EVs, but inability to manufacture them.

Musk recently said that Tesla has “the high-class problem of demand being quite a bit higher than production this quarter." That could be taken as a boast, but shouldn't be. In effect, Musk is admitting that he’s leaving money on the table. The clear implication: Tesla might be good at designing but struggles at making EVs.

Two decades ago, founder and then-CEO Steve Jobs recognized that Apple’s strength wasn’t in manufacturing Macs, but in designing and marketing them. Dell Inc., HP Inc., Sony Corp., and dozens of others in the technology sector came to the same conclusion. Cars are different, comes the familiar refrain, and can’t be outsourced. Yet global leaders like BMW AG have tapped the likes of Magna Steyr to do assembly.

Musk fancies himself as the man who upended the automotive industry with an electric-only vehicle and direct-sales business model. Investors seem to think that warrants making Tesla the world’s ninth most-valuable company. But maybe the next true innovation in autos will pass him by as he clings to the fantasy that a car’s brand should also be its manufacturer.

Tim Cook looks ready to prove him wrong. This fight will be won on the factory floor.