9,000 vehicles seized for 'violation' of lockdown rules in Puducherry

The Puducherry police has seized the vehicles with a view to enforcing the lockdown rules and bringing home the necessity to prevent vehicular movement in order to check the spread of coronavirus.
By : PTI
| Updated on: 08 Apr 2020, 12:36 PM 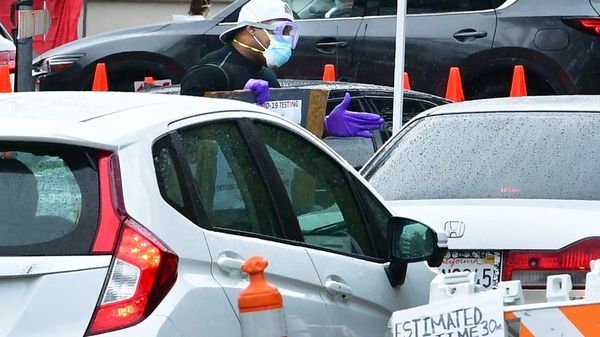 Puducherry District Collector T Arun on Wednesday said despite appeals to people to remain indoors and avoid violation of rules of the ongoing lockdown in the Union Territory one can still see them coming out and using vehicles in several parts for no justifiable reason.

With a view to enforcing the rules to bring home the necessity to prevent vehicular movement, the police here had seized as many as 9000 vehicles so far.

He said that while Puducherry region had four active Covid-19 cases, Mahe region an enclave of the Union Territory in Kerala had one active case and in all Union Territory now had five active corona cases.

(Also read: Stay at home: Why a clean, sanitised car cannot keep you safe from coronavirus)

Senior Superintendent of Police Rahul Alwal said the police personnel were on daily basis booking cases against those violating the lockdown rules by driving through various parts without any valid reason. He said that cases were also registered against shop owners who were seen running business beyond the permitted time.

Alwal appealed to those who had returned to Puducherry from other states and foreign countries to disclose their details and travel history. Director of Health and Family Welfare Services Mohan Kumar pointed out the steps taken to collect details of health status of people in containment zones with the help of workers of the ASHA unit, Anganwadi centres and others.

Meanwhile, a 32-year-old man was arrested in neighbouring Nettapakkam village for allegedly selling arrack in sachets and seized the packets besides a cash of ₹1.4 lakh from him.