Subdued celebrations owing to Covid-19-related factors may have helped keep road accidents and incidents to a minimum.
By : PTI
| Updated on: 01 Jan 2021, 11:52 AM 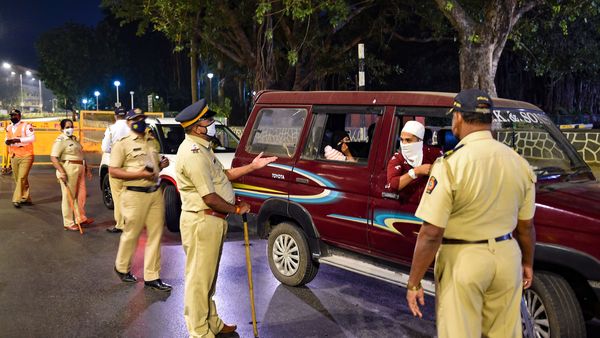 Police took action against 35 drunk drivers in Mumbai during the New Year celebrations.

Police took action against 35 drunk drivers in Mumbai during the New Year celebrations, with an official saying that the number of offenders this time could be the lowest found during such period in the last few years.

Last year, 677 drunk drivers had been caught in the metropolis during the New Year celebrations and licenses of all of them had been suspended for six months by the court, the police official said.

"This year, only 35 drunk drivers were caught in the city. This could be the lowest number of such offenders found in the last few years during the New Year celebrations," he said.

The police attributed this low number of drunk driving cases this time to subdued celebrations as most people preferred to stay indoors and return home early in view of the coronavirus-triggered night curfew.

"There was no crowd on the city streets due to night curfew. Rising awareness about the ill-effects of drunken driving and previous action by the police also proved as deterrents," he said.

The Mumbai traffic police were posted at various locations across the city on the New Year eve to ensure smooth movement of vehicles.

"Due to the pandemic, the traffic police had decided not to use breath analysers, due to which blood tests of motorists and two-wheeler riders was conducted to know if they were drunk," he said, adding alcohol was found in the blood samples of 35 drivers.

"Accordingly, action was taken against them," he said.

Mumbai is under curfew from 11 pm to 6 am till January 5.

Most of the popular destinations, including the Gateway of India, Marine Drive, Girgaum Chowpatty, Worli Sea Face, Bandra Band Stand, Juhu Chowpatty, beaches at Marve and Manor beaches, which are favourite places of the New Year revellers in normal times, wore a deserted look on Thursday midnight.

Mumbai Police were on high alert and as many as 35,000 personnel were on duty on the New Year eve.