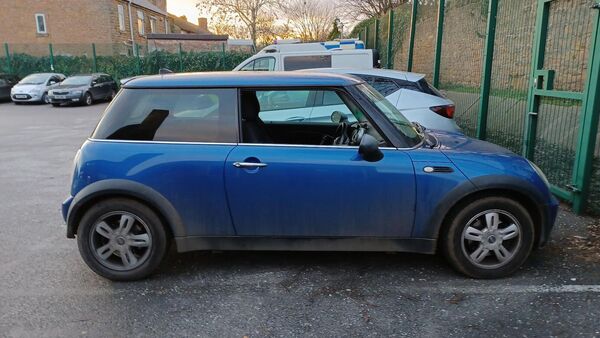 The 83-year-old driver was pulled over by a blue Mini One from the police department.

He was pulled over by a blue Mini One from the police department. He also told the police officers that fortunately, he had never met with an accident, implying that he has either been a careful driver or a really lucky one behind the wheel. It is a very rare case that he has been driving out on public roads for more than 70 years as a self-taught driver and has never been involved in an accident.

It is also quite weird that he has never been checked by the police but eventually, he has been caught for driving illegally all this while. “Thankfully he had never had an accident, caused anyone an injury, and never made anyone lose out financially, by hitting them whilst uninsured!" a Facebook post by the official page of Bulwell, Rise Park and Highbury Vale Police wrote.

In the post, the police department also warned citizens that they are being watched. “Due to the increased number of ANPR cameras in Nottingham, even on the small trips, you are likely to hit a camera, so make sure your documents are in order… because it will catch up with you… one day,"  the post read.

The post did not mention what punishment was given to the 83-year-old driver but if not anything else, he definitely must have been fined for never having passed a driving test and driving without an insurance.