India-bound Volkswagen Virtus teased ahead of the official debut 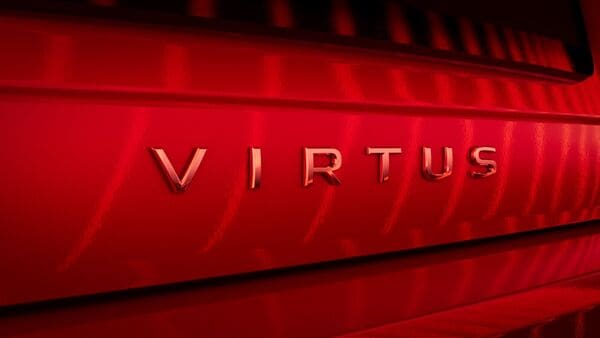 The VW Virtus will come based on the popular MQB A0 IN platform.

Volkswagen has officially teased its upcoming Virtus sedan which will be the second product offering under the India 2.0 project. The VW Virtus will come based on the popular MQB A0 IN platform and is slated to make its world debut as the company's new global sedan, on March 8th 2022.

(Also Read: After Kushaq and Taigun, Skoda and Volkswagen to renew rivalry in sedan segment)

“The new Volkswagen Virtus invigorates and impresses with its dynamic and emotional design language. The global sedan represents dynamism in its appeal and confidence in its character while retaining the core DNA of the brand. The Virtus is a perfect illustration of a sedan that meets the aspirations of customers in India with a truly global outlook." said Ashish Gupta, Brand Director, Volkswagen Passenger Cars India.

The company says that its name ‘Virtus’ combines the words ‘Virtuoso’ and ‘Virtues’. And claims that it encompasses the core DNA of the brand.

The VW Virtus will be introduced as the replacement to the popular Vento sedan which is likely to be taken off the shelves in India after the arrival of Virtus.

When launched, it will take the fight against the rivals such as the Maruti Ciaz, Hyundai Verna as well as the segment leader Honda City. Expect the Virtus to be slightly more premium than the other rivals in the segment. It will be a technical twin the Skoda Slavia which was also introduced recently in the Indian market.

Needless to say, both Skoda as well as Volkswagen are upping the sedan game in India with products like the Slavia and the Virtus. It would be interesting to note how these models perform.