The Toyota technology incorporates a pseudo clutch and pseudo manual gear shifter as well.
By : HT Auto Desk
| Updated on: 13 Feb 2022, 10:38 AM 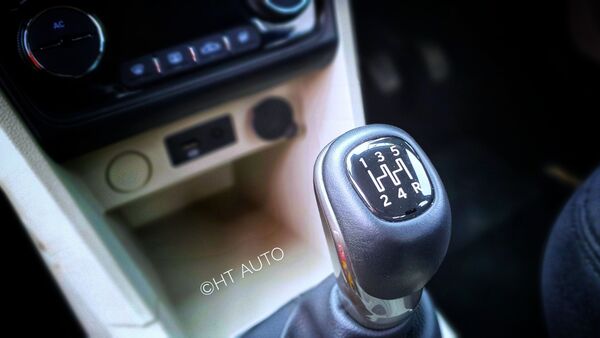 The future Toyota electric vehicles would come equipped with a manual gearbox and clutch as well.

The Japanese automaker Toyota has applied for a patent of the technology, which would allow future the brand's future electric cars to be driven with manual gearbox and clutches, reports BZ Forum. Only the two electric cars in the world currently have this technology that allows a driver to drive them just like their manual gearbox-equipped ICE counterparts. These are the Porsche Taycan and Audi e-Tron GT. Toyota is now aiming to step into the same league.

This technology can help those vehicle owners who would retrofit or convert their internal combustion engine-powered vehicles into electric vehicles, but would kike to continue using the manual gearbox. There are many drivers who love the charm of old-school driving provided by the manual gearbox and clutches.

Modern electric cars come equipped with a single gear, which is in third or fourth, depending on the electric motor's specification and maximum RPMs. This removes the need of pressing the clutch and change gears. This technology might be convenient in congested bumper to bumper urban traffic, but not a favourite for many old-school drivers.

Toyota aims to blend the best of both worlds in its future electric vehicles. The auto company seems to be working in the direction of blending the charm of old-school driving through using the clutch and manual gearbox with a zero-emission battery-electric powertrain.

The patent drawing and diagrams show that the working principle of this technology relies on a special controller that alters the torque of the electric motor in an attempt to make it seem like an internal combustion engine car.

This controller is configured to control the torque of the electric motor using a manual gearbox, based on the operation of the pseudo clutch pedal and the pseudo shifter's position used by the reaction force actuator.

There would be a pseudo shifter and a pseudo clutch pedal in those electric cars that will come with this technology. However, they might not be essential for driving the vehicle. Instead, they will be inside the car to produce the fun feeling of driving a manual transmission vehicle.