Toyota bZ4X may get a GR variant: Report 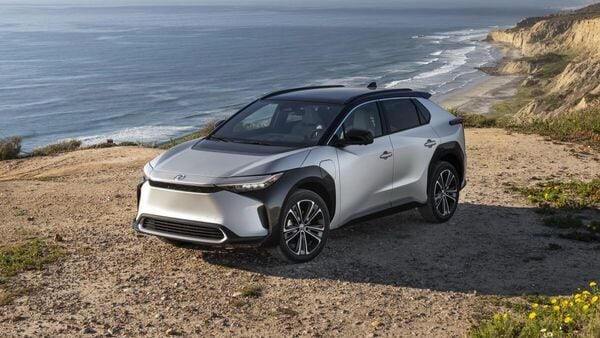 Toyota is considering building a performance version of its first electric vehicle Toyota bZ4X but has not confirmed anything until the company reportedly feels confident about it. Toyota's GR Sport division is thinking of developing a production version of the bZ4X GR Sport model as well, suggests a report. However, Daisuke Ido, the chief engineer of the Toyota bZ4X EV said stated in a report, “We are talking with the GR guys, but it's still not a concrete idea yet."

Ido explained that the biggest challenge for the company when it comes to the performance variant of the EV is not elevating the power or torque of the electric vehicle but matching the performance of other models already in the Toyota's GR lineup. To make the idea of building a performance variant of the bZ4X EV come true, Ido was quoted saying, “We can control any profile with a battery EV, so the feeling is very important, and we have to work out how to offer a higher power with the same mechanism. That's the challenge."

The Toyota bZ4X electric vehicle is the first production model that uses Toyota’s new E-TNGA platform. It will come with a single motor first that will be capable of 201bhp. With a twin motor set up, the EV will be able to churn power up to 215bhp. Speaking about the Gr variant, Toyota showcased a bZ4X GR Sport concept vehicle at the Tokyo Auto Salon in January but did not divulge any details about the powertrain.

Toyota launched the bZ4X electric SUV in April for the markets of the US and Japan. The electric vehicle will compete with Hyundai Ioniq 5 and Kia EV6. The Toyota bZ4X will be manufactured in the automaker's Japan facility. Toyota is expecting to sell around 5,000 units of the electric SUV in the first year of its launch.