MG Motor India has confirmed its next model for the market here would be an its second EV and the eventual price would be determined by several factors like inputs costs and inflation.
By : HT Auto Desk
| Updated on: 29 Jul 2022, 12:19 PM 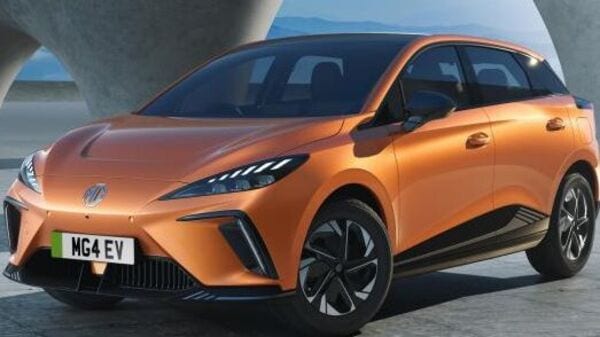 MG Motor India is among the few automakers in the country that have electric cars in their portfolio. The British car brand owned by SAIC is now gearing up to launch its next electric car in India, which will be priced between ₹12 lakh and ₹16 lakh, hinted Rajeev Chaba, President and MD, MG Motor India at the Mint Mobility Conclave. He didn't reveal what the model would be and its specifications though. MG currently sells ZS EV in India, which competes with rivals such as Tata Nexon EV and Hyundai Kona EV.

The ZS EV was the second product from MG Motor in India after the Hector which was the company's debut model in 2019. While the EV space is gradually expanding, Chaba revealed that the positive response around ZS EV has bolstered confidence. “Right now, we get around 700 orders for the ZS EV a month and are able to supply around 300. And it isn't a cheap car. So there are always segments and sub-segments you would want to experiment (with)," he said. “Our next product is definitely an EV which we have announced. We are looking at a price range of between ₹12 lakh to ₹16 lakh. Price can go up because of inflation and rise in input costs."

Chaba further said that monthly around 3,000-4,000 people are buying electric cars in India but while EVs are likely to pave the way forward, alternate fuels too would see a growth trajectory. “Indian market is varied and complex, so it is difficult to generalize. Lots of segments would be very strong - right from CNG to hybrids to EVs and more and more fuel-efficient technologies would come. So I will bet on EVs for sure but all would co-exist. But maximum growth in terms of percentage would be EVs."

MG recently unveiled its latest electric car MG4, which is slated to go on sale in multiple markets across the world from late 2022. The MG4 comes as an affordable electric car in the European market. This premium electric hatchback is aimed to sell around 150,000 units in 2023, as the automaker has revealed its plan. The MG4 could be the next electric car from the brand in India. However, the car brand is yet to confirm that. The MG4 comes promising 452 km range on a single charge. The EV gets two different battery options - 51 kWh and 64 kWh.

Electric vehicles in India are increasingly finding a stronger footprint. While the segment is majorly dominated by electric two-wheelers and three-wheelers, passenger vehicles too are finding increasing consumer interest and positive sentiment towards EVs. Encouraged by the growing positive consumer sentiment and demands from buyers, automakers are bringing new products in the segment. Tata Motors currently leads the segment in the country with its Nexon EV and Tigor EV. Among the luxury car brands, Mercedes-Benz, Audi, Volvo, BMW and Porsche have already launched their respective products in the category.