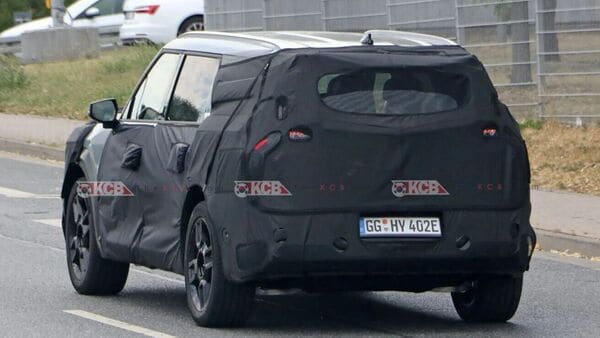 The Koreans are determined to have a larger say in the world of electric mobility and the Hyundai Motor Group is making some very solid moves in this regard. Kia is betting big on its EV options across body segments to help it increase foothold and the much talked-about EV9 full-size electric SUV is touted to have a place of prominence. The Kia EV9 has been on trail runs in many parts of the world and was recently spotted - under camouflage - in Europe as well.

Showcased as a concept EV at the LA Auto Show in 2021, the biggest electric SUV from Kia is a three-row vehicle that is likely to measure around five meters and nearly two meters wide for a solid road presence. Yet, Kia EV9 would be able to be seriously fast with reports suggesting a sprint to 100 kmph coming up in around five seconds.

As for the range, it is being reported that the Kia EV9 would likely go around 540 kms before needing to be plugged back in. And fast-charging capabilities would likely add approximately 100 kms to the range in under 10 minutes.

But there is emphasis on space, comfort as well as features. The cabin of the EV9 is bigger than that of any SUV currently offered by Kia. Reports also suggest that the EV would come equipped with large infotainment screen, ambient lighting, HD maps, Highway Driving Pilot (HDP) and Auto Lane Change.

It is expected that Kia would launch the EV9 in select markets in 2023 as the flagship EV model of the brand. Once launched, it will take on the likes of Tesla Model X, Tesla Model Y and Rivian R1S, apart from Korean sibling Hyundai Ioniq 7 that is also being developed for select markets.