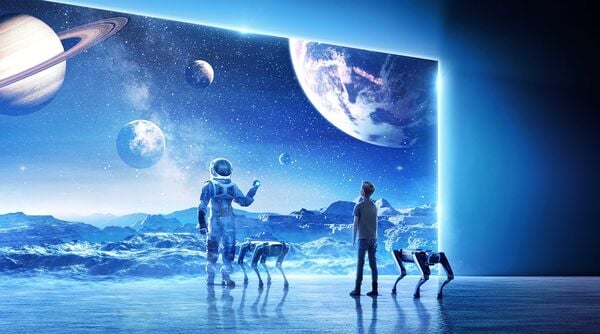 Hyundai and Kia have decided to jointly develop Lunar surface mobility solutions, which would include a Lunar rover as well, informed the South Korean automobile group on Wednesday. The two automakers under the Hyundai group have signed joint research agreements with six different research institutes in South Korea. These agreements come as the first steps by Hyundai and Kia to realize their robotics vision of 'Expanding Human Reach' for the future. This also makes Hyundai group the next automaker to think about mobility beyond earth and into space. Previously, General Motors and other global automakers, too, have developed Lunar rover concepts. Interestingly, the announcement from Hyundai comes after South Korea's successful launch of a domestically produced rocket in June this year.

Yong Wha Kim, Executive Vice President and Head of R&D Planning & Coordination Center of Hyundai Motor and Kia, said that the automobile group has taken the first step toward transforming its vision for robotics and the concept of Metamobility into reality. "We will expand the scope of human movement experience beyond traditional means of transport and beyond the bounds of Earth to further contribute to the progress of humankind and help create a better future," he further added.

The collaborative project is expected to start in August this year. The report claims that the consultative body will define the concept of lunar exploration mobility and major core technologies while developing and reviewing specific strategies and implementation measures to operate on the moon. Hyundai and Kia will support the consultative body with their smart mobility technologies, further stated the automaker.

In January this year, Hyundai announced its robotics vision of ‘Metamobilty’ to help overcome the limitations of movement at CES 2022. This also featured a video of Boston Dynamics’ robot, named ‘SPOT’, exploring outer space.