BYD sees India as a strategic hub, says an official 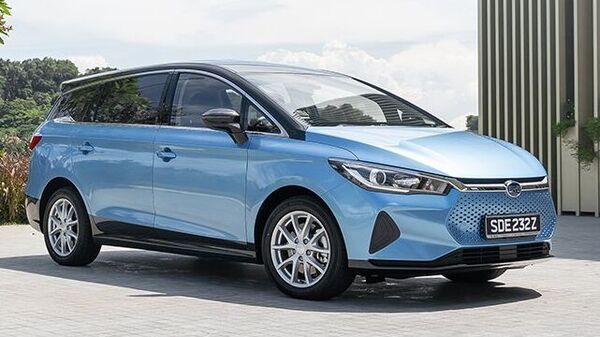 India has become a strategic hub for BYD to serve the South Asian market, claims an official of the automaker. The Warren Buffet backed new-energy vehicle manufacturer has been present in India for 15 years and has made a cumulative investment of more than $150 million in the country so far. It has also set up two manufacturing plants here as well.

Speaking about the company's India operations, Ketsu Zhang, executive director, BYD India said that the automaker has witnessed multiple milestones in India and it is a part of the country's electric revolution. "India has become a strategic hub for us to service the South Asian market," he said in an official statement. He also said that the auto company is currently looking forward to bringing other good practices and innovations to India and having fruitful partnerships for many decades to come.

BYD India recently launched its first all-electric MPV in India. Christened at BYD E6, this electric MPV is one of the few electric cars currently available in the country. The automaker claims that the E6 electric MPV aims at revolutionising the business to business (BtoB) segment.

The BYD E6 MPV comes equipped with a 71.7 kWh Blade battery that offers up to 520 km range on a single charge. This makes BYD E6 the only Indian electric MPV with such a running range.

The automaker claims that its Blade electric vehicle battery has been appreciated worldwide and it has set new benchmarks in terms of safety. The carmaker also claims that the Blade battery is the only EV battery that successfully passed the nail penetration test, which is considered the most rigorous way to test the thermal runaway of batteries.