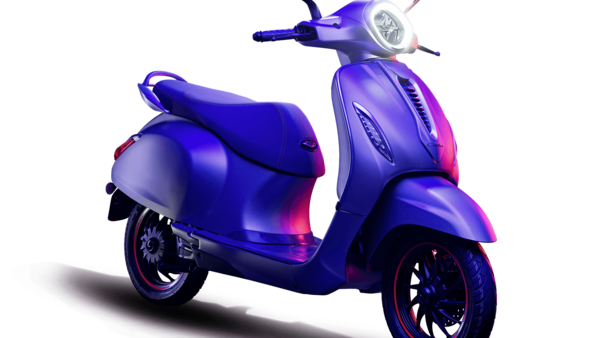 Bajaj Auto on Thursday announced that its Chetak electric scooter is now available for purchase in 20 Indian cities including Delhi, Goa, and Mumbai. The company added that it has managed to double up the Chetak network in the first six weeks of 2022.

The electric scooter from Bajaj Auto is currently available with a waiting period of four to eight weeks. Interested customers can book their units online at the company's official website.

Meanwhile, Bajaj Auto has also announced a fresh investment of ₹ 300 Cr to ramp up its electric vehicle production capacity as well. Commenting on the occasion, Rakesh Sharma, Executive Director, Bajaj Auto said, “Chetak’s success has been built on the quality of a thoroughly tested, dependable product. An on-ground network of sales and service reduces the anxiety of a customer venturing into an unfamiliar category such as electric scooters. Our plan is to double Chetak's network in the coming few weeks to accommodate the high demand."

Available in Urbane and Premium variants, both the Chetak trims remain mechanically similar as they source power from the same 3.8kW motor which in return is juiced up from a non-removable 3kWh IP67 lithium-ion battery pack. Since the majority of other electric scooters now feature swappable/removable battery tech, Chetak is yet to come up with this tech. Bajaj Auto claims a top speed of 70kmph and a range of 95km (in Eco mode) for the scooter.