The Audi Urbansphere concept represents a completely new step for the company that is set to rival the likes of Lexus and Mercedes-Benz in the posh van segment.
By : HT Auto Desk
| Written By : Prashant Singh
| Updated on: 19 Apr 2022, 17:53 PM

The new Audi Urbansphere is a futuristic electric minivan.

The new Urbansphere comes out as a futuristic electric minivan whose development has been aimed toward the Chinese market. The company has also consulted with Chinese customers to use inputs for the development of this concept.

The Urbansphere has been modeled as a humongous (almost 217 inches long) minivan concept that is primarily developed as a people mover, or perhaps an office or lounge on wheels, as per the company. It underpins the Volkswagen Group's PPE platform for electric vehicles, which is also set to debut in Audi's Q6 E-Tron small crossover. 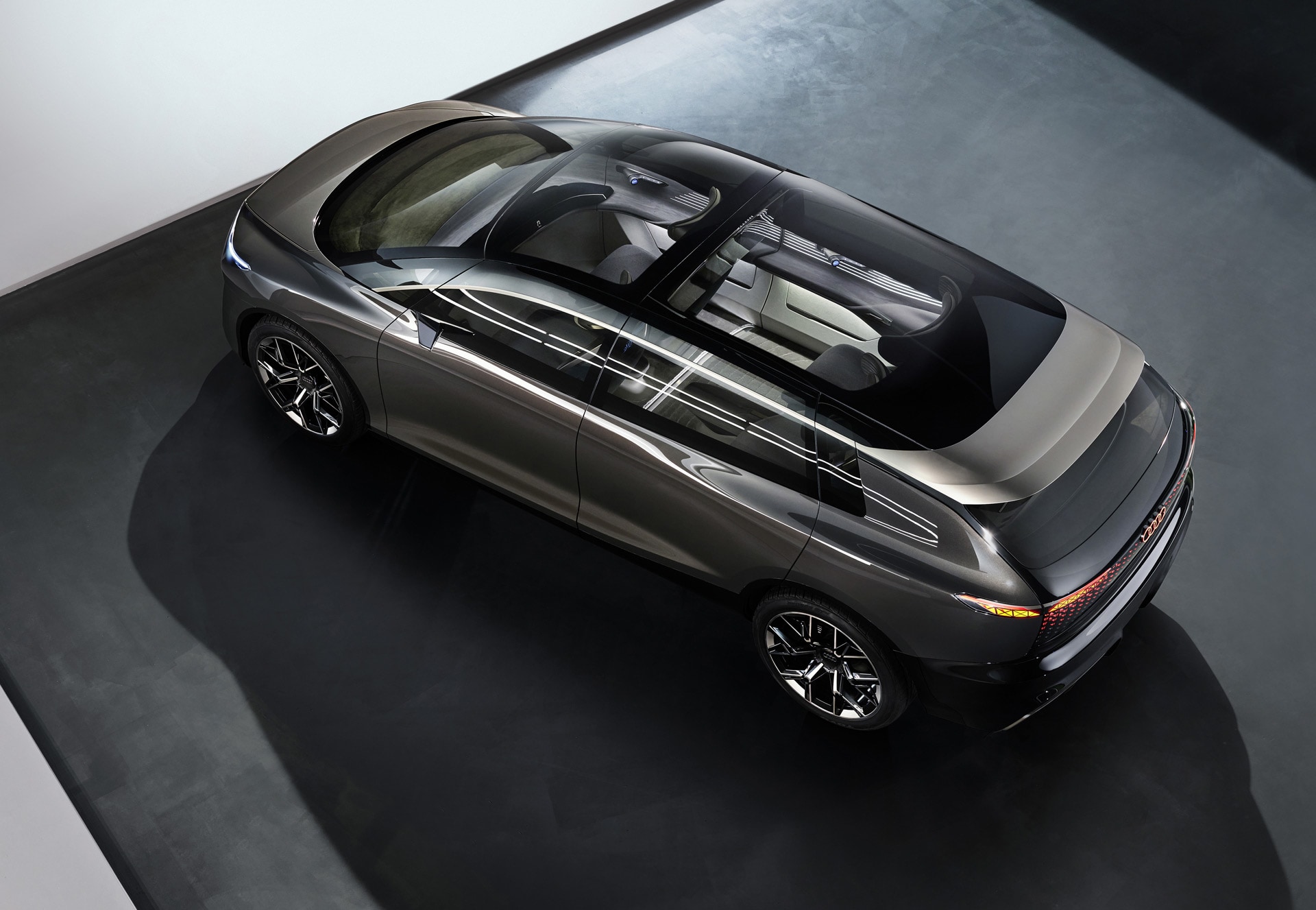 Audi hasn't announced if and when this model will be put into production.

This platform supports the Urbansphere's 120-kilowatt-hour battery and 800-volt electrical system. This battery is capable of charging at rates of up to 270 kilowatts, which translates to a 5-80% charge in just under 25 minutes. The battery juices up a dual-motor all-wheel-drive system which, in return, churns out 395 hp of peak power and 508 lb-ft of torque. The company claims that its all-wheel-drive system has been designed to pause the front motor in certain situations to boost efficiency.

Inside the cabin, the Urbansphere features four individual seats in two rows for a complete spacious and luxury-oriented experience. The rear seats have also been designed to be tilted up to 60 degrees. While the concept only features a four-seat layout, the production-spec model is likely to be fitted up with up to six seats or more.

The concept's cabin also gets a large-format and transparent OLED screen that pivots vertically from the roof area for the rear seat occupants. This screen has been designed to be used for web browsing, streaming or conference call purposes. In addition, the system also uses a split model allowing each of the rear-seat passengers to watch their individual content. The screen also acts as a clear view into the front when not in use. Audi has unveiled the Urbansphere Concept electric vehicle, the third and final concept from its Sphere family of EVs.

As seen in many modern concepts lately, the new Audi Urbansphere also gets a self-driving system, which is likely to be available in the second half of the decade. This has been ranked at Level 4 on the SAE scale of self-driving capability. In simpler terms, this allows the car to travel without the driver's intrusion for a longer period.

The company hasn't announced if and when this model will be put into production. However, it won't be a surprise to see it launching in China as the first market. The Audi Urbansphere concept represents a completely new step for the company.

The Urbansphere concept represents a completely new step for the company that is set to rival the likes of Lexus and Mercedes-Benz in the posh van segment.