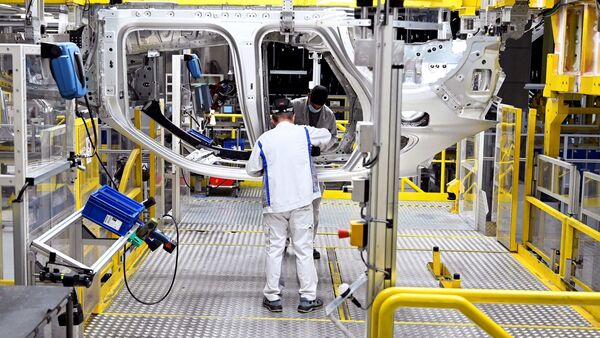 Sales of passenger vehicles in China slipped 4.5% last month as factories halted production due to Covid prevention measures and as automakers took a breather ahead of the important Lunar New Year holiday.

Total car sales fell to 2.1 million units in January, data from the China Passenger Car Association released Monday show. Deliveries of new-energy vehicles however more than doubled to 347,000 units. Tesla Inc., the U.S. electric car pioneer that has a factory in Shanghai, was the No. 1 seller of such cars during the month, shipping 59,845 vehicles including 40,499 for export.

Several automobile factories in China halted production in late January ahead of the Spring Festival that started on Jan. 31, reducing the monthly production tally by around 15%, Cui Dongshu, secretary general of the trade body, said. Covid cases reported in cities including Tianjin also led to the suspension of production for companies including Toyota Motor Corp.

On average, the total market share of the Japanese carmaker in China was eroded by 2.2 percentage points to 19.2% as a result, PCA said. Toyota is the world’s No. 1 carmaker, delivering 10.5 million vehicles last year.

To help spur vehicle demand in general, the association called on the promotion of gasoline-powered cars as well as electric ones, given that a lot of the fossil fuel offerings are now priced below 80,000 yuan ($12,600), making them more affordable to many local consumers, Cui said.

PCA also doesn’t expect electric car prices to rise by too big a margin for consumers considering automakers have the ability to absorb the increasing costs, Cui said, citing Tesla’s around 30% gross profit margin as evidence of that.