Home Auto Cars News This Concept Car Comes With A Drone At The Rear, Can Shoot And Return On Its Own

This concept car comes with a drone at the rear, can shoot and return on its own

The O2 concept EV is Polestar's vision of a performance electric car, similar to a roadster in hardtop convertible avatar, packed with sports car-like high-performance powertrain.
By : HT Auto Desk
| Updated on: 03 Mar 2022, 10:43 AM 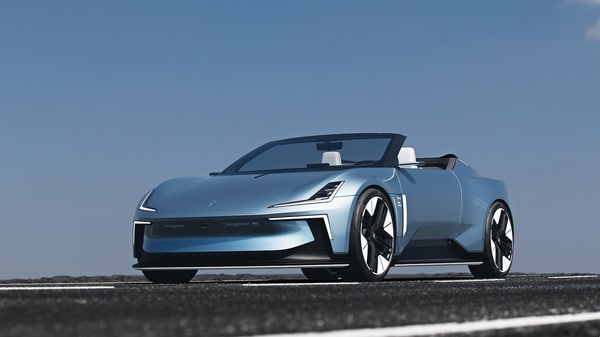 Swedish electric vehicle manufacturer Polestar has unveiled its latest concept EV called O2. According to the carmaker, the O2 will redefine ‘sports roadsters for the electric age’.

Polestar O2 is a hard-top convertible showcasing the EV maker's vision of a performance electric car. Though the Swedish brand has not revealed any details about the performance of the electric car, it said that the EV will come with a 110 kW battery pack.

Polestar CEO Thomas Ingenlath said, “Over 110 kilowatt hours of battery power, we still can package without any compromise in this short wheelbase." The Polestar O2 concept EV sits on 22-inch wheels and features aerodynamically sculpted bodywork designed to maximise its range by improving airflow and reducing turbulence behind the vehicle.

Polestar O2 uses an adapted version of the aluminium architecture that has been developed by Polestar for its upcoming sports sedan, the Polestar 5. At a glance, it seems the Polestar O2 concept EV has a styling influence from classic sports cars. Unlike a classic roadster, the cabin of the Polestar O2 is in the middle, like a mid-rear-engined car, instead of being almost over the rear wheels. Huge wheels fill wheel arches with flared wings, giving it a muscular look. 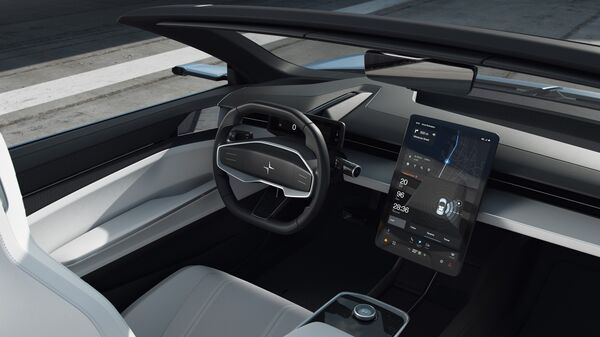 The interior of the Polestar O2 concept EV looks futuristic, and uses recycled polyester as the only material for all the soft components.

The O2 has also been created with a focus on sustainability in terms of design and materials, which Polestar calls a mono-material. This thermoplastic material is the only one used as a base for various components. Recycled polyester is the only material used for all the soft components of the interior. Although it is the same material, the textures and the function that each one fulfills is different. The idea is to simplify subsequent recycling and is an important step towards greater circularity, while reducing weight and waste.

The Polestar O2 also has an autonomous drone integrated behind the rear seats. Developed in collaboration with Aerofugia's Hoco Flow consumer electronics brand, the drone can be deployed while the car is in motion, to record the perfect driving sequence.

The convertible has an aerodynamic profile that rises behind the rear seats to create a negative pressure zone, free of turbulence, which allows the drone to take off when the car is in motion.

The drone works automatically following the car at speeds of up to 90 kmph. After filming, the drone can return to the car autonomously. Video clips can be edited and shared directly from the 15-inch central screen when the car inside the cabin of the car.