From LED headlights to chrome details around the car, Maruti Suzuki has revealed key exterior design highlights of the Grand Vitara compact SUV ahead of official debut.
By : HT Auto Desk
| Updated on: 13 Jul 2022, 09:16 AM 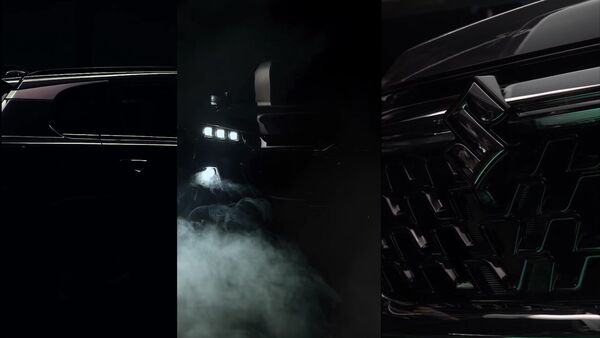 Maruti Suzuki has revealed more details about its upcoming compact SUV Grand Vitara in a new teaser video. The latest teaser highlights key design features of the SUV from outside. The new teaser of the Grand Vitara is the third in a series shared by Maruti Suzuki days before the SUV is scheduled to officially break cover on July 20. It will take on rivals like Hyundai Creta, Kia Seltos and the upcoming Toyota Urban Cruiser Hyryder among others in the compact SUV segment.

The latest teaser of the Maruti Suzuki Grand Vitara reveals that the SUV will come with LED headlights. The trio cluster of the headlights will remind one of the same set seen on the new generation Baleno which was launched earlier this year. The front grille of the Grand Vitara also promises to be more sophisticated than the ones seen on Maruti cars. There is a chrome strip running across the grille with the Suzuki logo embossed at the centre. The design of the grille is also something new to be seen on any Maruti cars.

Maruti Suzuki had earlier teased the LED taillights. The taillights are spread across the boot in a set of strips with the Grand Vitara logo right under it. The silhouette image of the SUV also hints at a strong and muscular shoulder of the SUV. The wheels too are large and are expected to be 16-inches or 17-inches in size.

The new Maruti Suzuki Grand Vitara SUV will be available in two variants when launched. Besides the standard variant of Grand Vitara, Maruti Suzuki will also offer the new compact SUV with a second variant called Intelligent Electric Hybrid. The SUV, which is largely based on Toyota Urban Cruiser Hyryder SUV, will possibly share the same hybrid powertrain from its Japanese technical cousin. Maruti Suzuki has also revealed that the Grand Vitara SUVs up for bookings for now will only be offered with one colour choice - the Nexa Blue.