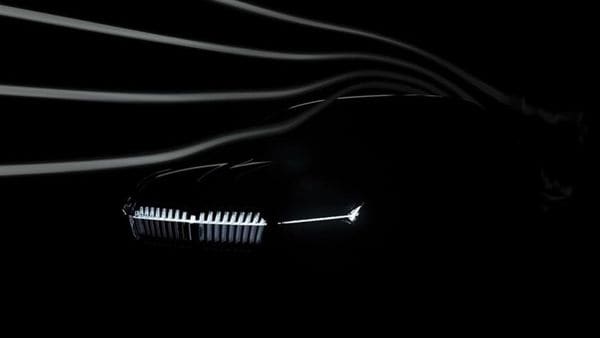 Skoda has teased the upcoming all-electric Enyaq Coupe iV that will be unveiled on January 31. The Czech automaker has claimed that the coupe version of the electric SUV will offer the best drag coefficient in its class to make it more efficient aerodynamically. The company shared that the drag coefficient of the electric vehicle is all ready to set a benchmark in its segment.

Similar to the Enyaq iV, the new coupe variant will also be based on Volkswagen's Modular Electrification Toolkit (MEB). The automaker has released a teaser video too where one can observe that from the B-pillar, the roofline of the EV slopes gently towards the rear and merges into the tailgate. This gives the new EV a sharp look. Skoda has also teased the electric vehicle's crystal face showcasing the distinctive front grille, illuminated by 131 LEDs.

The new EV will offer a better range and the automaker too had earlier stated that the electric coupe variant of the Enyaq SUV will offer a range of 535 km before a recharge compared to the SUV version that offers a range of 510 km. The latter also comes in five versions, three rear-wheel drives and two four-wheel drives. Depending on the configuration, the total power of the electric SUV ranges from 148 hp to 306 hp. The top version of the line has a maximum speed of 180 kmph and has the ability to touch 100 kmph from zero in 6.2 seconds.

Though Skoda has not revealed technical details about the electric coupe, it is being suggested that the car may come with two battery options and can also offer a rear as well as an all-wheel-drive system. Skoda is yet to give a date from which the EV goes on sale, however, sales may begin in the first half of next year in Europe.