Home Auto News You Can Face Up To ₹20,000 Traffic Fine: Know Why 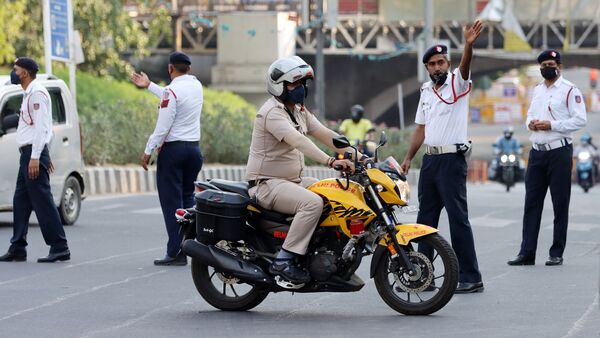 Driving or riding on a non-motor vehicle lane may result a hefty fine for the driver. (Representational image)

If you are caught by the traffic police while driving in a non-motorized vehicle lane, you may face a traffic fine of ₹20,000. Also, if you are found not allowing space to an emergency vehicle such as an ambulance or a fire engine, you can face a penalty of ₹10,000, reports Live Hindustan.

According to the Motor Vehicle Act 115/194(1), if the driver of a vehicle is caught by the traffic police while driving in a non-motorized vehicle lane, in which driving a car or motorcycle or scooter is prohibited, he or she can face a penalty of ₹20,000. Along with that, according to the Motor Vehicle Act 194E, if the driver of the vehicle does not give space to an emergency vehicle, then he or she can be slapped with a fine of 10,000 thousand.

These traffic violations include overloading an autorickshaw and two-wheelers with passenger numbers exceeding the permitted limit, riding a two-wheeler without a helmet, driving a vehicle on the wrong side, drunken driving, talking on mobile while driving or riding, overspeeding, trying to influence to avoid punishment, not wearing seat belt etc.