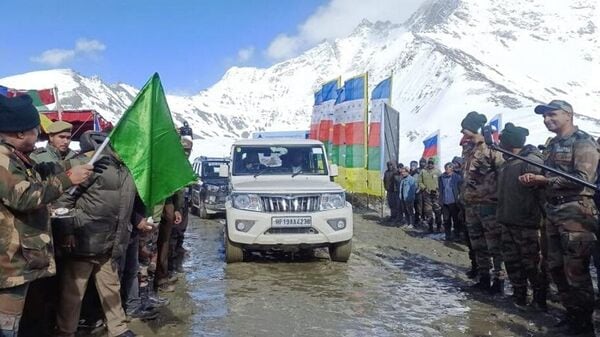 India will soon have the world's highest tunnel. The Border Roads Organisation (BRO), which builds and maintains roads along the mountainous areas in the northern and north-eastern states, will construct a new tunnel that will go into the record books. The tunnel, which will connect Himachal Pradesh and Ladakh is expected to be operational for vehicles in the next three years.

DG Lieutenant General Chaudhary was quoted by news agency PTI that the BRO will start the construction of the tunnel connecting Himachal Pradesh to Zanskar Valley in Ladakh by July this year. He said the Centre has already constituted a BRO team called 'Project Yojak' to execute the project.

The new tunnel will help cut down time taken to travel between the two regions. While the south portal of the tunnel will be located at Shinku La pass, which is over 16,000 feet above sea level and is at the border of Himachal Pradesh and Ladakh, the north portal will provide access to Lakhang and the Zanskar valley. Currently, one has to travel more than a 100 kms from Manali to Darcha before taking a turn towards Shinku La Pass and enter Zanskar valley.

So far, the highest tunnels in the world have been either in China or Peru. None of these tunnels are more than 16,000 feet above the sea level.

The BRO is also responsible to maintain some of the world's highest passes located in the region. The agency recently constructed world's highest motorable pass situated in Umling La in Ladakh at a height of 19,300 feet. Besides Umling La, Ladakh region boasts of seven of the highest motorable passes in the world, all of them above the height of 17,000 feet from sea level.