Why electric vehicle push struggles to accelerate in Pakistan 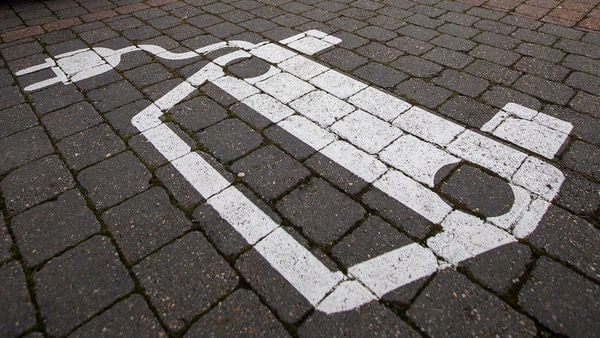 As Pakistan's first-ever electric three-wheeled rickshaws start to roll off the assembly line, the country is struggling to build momentum for its shift to electric vehicles in efforts to cut air pollution and curb climate change.

It has been four months since Prime Minister Imran Khan's cabinet approved the National Electric Vehicle Policy, offering tax exemptions and incentives to manufacturers, importers and buyers of electric vehicles.

But pushback by traditional automakers has stalled the government's finalising of the policy, leaving electric vehicle (EV) makers worried that eco-friendly cars, vans, motorcycles and rickshaws will remain too expensive for the mass market.

Sazgar's electric rickshaw can travel up to 170 km (105 miles) on a charge, has almost no moving parts - which means fewer trips to the mechanic - and produces zero emissions, Ghaznavi pointed out.

"But we need the government support to roll it out on a larger scale for the public," he said.

Transport accounts for more than 40% of the air pollution produced in Pakistan, according to data from the country's climate change ministry.

In the policy it approved in November, the government set a target to bring half a million electric motorcycles and rickshaws, along with more than 100,000 electric cars, buses and trucks, into the transportation system in the next five years.

By 2030, the government wants to have about one-third of the vehicles in Pakistan running on electrical energy, said Malik Amin Aslam, the prime minister's advisor on climate change,

The move to electric vehicles is "a win-win strategy", Aslam told the Thomson Reuters Foundation, saying it should reduce emissions by nearly three-quarters and cut the cost of running a vehicle by 60%.

Pakistan generates less than 1% of global greenhouse gas emissions, but it is one of the countries that suffers most from the effects of climate change, including flooding, droughts, heat waves and melting glaciers, environmental experts say.

The Global Climate Risk Index 2020, issued by environmental think-tank Germanwatch, ranked Pakistan fifth among the 10 countries most affected by extreme weather over the last 20 years.

"Our food security is at risk due to these climate change conditions, and we have to focus on adaptation," said Imran Saqib Khalid, a research fellow at the Sustainable Development Policy Institute, an Islamabad-based independent think-tank.

In particular, the new electric vehicle policy will help curb air pollution and smog, "a major environmental problem the country has been facing for the past few years," he told the Thomson Reuters Foundation.

Urban air pollution levels in Pakistan, a country of more than 200 million people, are among the most severe in the world, stemming from increasing energy use and rapid motorisation, noted a World Bank study published in 2014.

The number of vehicles on Pakistan's roads jumped from about 2 million in 1991 to more than 10 million two decades later, the report noted.

As it tries to spark an electric mobility revolution, Pakistan is following countries such as Norway, France and the United Kingdom, all of which have said they will ban sales of petrol and diesel vehicles within the next 20 years.

Pakistan's government plans to use a raft of monetary incentives to convince the country's auto manufacturers and the public to switch to environmentally-friendly modes of transport.

To encourage prospective buyers, the government says it aims to lower or do away with various taxes on electric vehicles and bring down customs duty for imported parts to 1%.

It also plans to establish fast charging stations in all major cities and along major motorways and highways every 15-30 km (9-18 miles).

But some automobile manufacturers are pushing back, saying that creating incentives specifically for electric vehicles unfairly benefits the nascent industry while leaving the traditional automobile sector floundering.

Sales of petrol and diesel vehicles in Pakistan dropped drastically last year following the devaluation of the rupee, which led to a sharp increase in the price of vehicles and parts.

"Our only concern is that there should be only one auto policy and not a separate policy for EVs," Abdul Waheed Khan, director general of the Pakistan Automotive Manufacturers Association, told the Thomson Reuters Foundation.

The association has agreed to the tax exemptions and incentives being offered for e-vehicles, but has urged the government to also protect existing investment in the traditional auto sector, Khan said over the phone.

But, he said, the government should find a way to make electric rickshaws cheaper than traditional ones - which can cost up to 270,000 rupees ($1,700) - to make them affordable for low-income drivers.

"We want to get rid of noisy, smoke-emitting rickshaws and it is better that environmentally-friendly rickshaws should ply on the roads to end pollution," said Ghauri.

"But these should be cheap and should have power equal to that of traditional ones."

Muhammad Sabir Shaikh, chairman of the Pakistan Electric Vehicles Manufacturers Association, said he is confident the switch to electric will prove successful "in a very short span of time", reducing air pollution and boosting investment in the country's auto sector.

As many as 80 motorcycle assembly plants in Pakistan have closed in recent years due to a substantial fall in profits, noted Shaikh, who also heads the Association of Pakistan Motorcycle Assemblers.

"Now the majority of them want to assemble e-motorcycles to revive their business," he said.