Sony took the covers off Vision-S at the ongoing Consumer Electronics Show (CES) 2020 being held in Las Vegas.The Vision-S gets as many as 33 unique sensors on the exterior as well as inside, features a plethora of widescreen displays, 360 degree audio and always-on connectivity system.
By : IANS
| Updated on: 16 Jan 2020, 09:43 AM 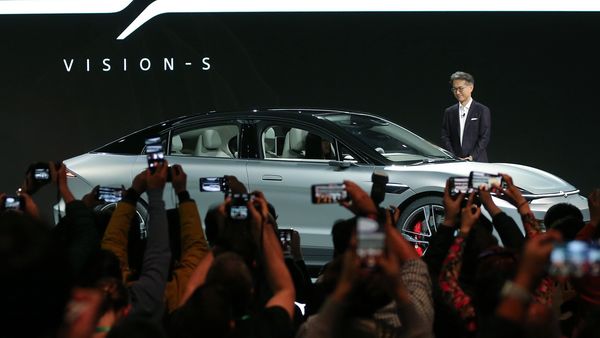 One of the biggest surprises at this year's CES 2020 came in the form of a new concept car unveiled by the entertainment and tech giant Sony - a move that must make traditional car makers worried, says a new report.

Sony already makes display and infotainment systems which are becoming much more important parts of the car and controls.

Called the Sony Vision-S, the concept car is an electric concept sedan.

It comes equipped with a phenomenal 33 different sensors both outside and inside the car, a widescreen display, 360 degree audio, and always-on connectivity, with some pieces coming from industry players like BlackBerry and Bosch.

"Sony outsourced much of the "car stuff" from autoparts makers powered by an EV "platform" (supposedly engineered by auto supplier Magna) that Sony expects will be able to power other vehicles (like SUVs)," the report said.

"And because of this, new EV companies (which aren't traditional car makers) are springing up everywhere," said the report.

China understands they can leapfrog traditional car makers (of which they have basically none) to become a powerhouse in EV and are investing heavily.