Several European countries, home to some of the biggest car brands in the world, are reporting a rise in number of Covid-19 cases once again.Governments are trying hard to avoid lockdowns even if restrictions are being rolled out to avoid - or at least limit - a second wave.
By : HT Auto Desk
| Updated on: 19 Oct 2020, 12:54 PM 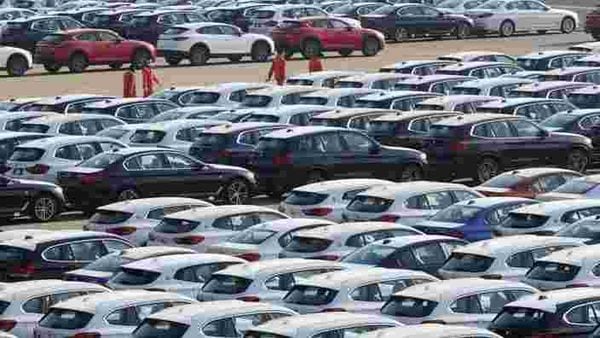 Almost every sector took a hard hit in the early parts of 2020 when Covid-19 cases began mounting in several countries, forcing many to roll out unprecedented lockdowns and restrictions. Factories shut down, people locked themselves in and demand fell through cataclysmic gaps. The global automotive industry was one of the worst hit with demand for vehicles crumbling. While several countries managed to arrest the spike in positive cases and thereby open up economies once again, the threat of the so-called 'second wave' is now looming large and is omnipresent all over again.

A surge in number of positive Covid-19 cases could bring about another set of restrictions that could arrest economic development even if they promise to potentially slow the spread of the infection. And most at risk currently are countries in Europe which previously managed to flatten the curve but are now once again reporting a rise in cases.

Germany, France and Italy are among some of the countries that are reporting a rise in positive cases once again. These were also the countries among the worst-hit by Covid-19 earlier this year. All three countries are major hubs of automotive manufacturing and are big markets for the auto industry. And while the general consensus among officials in all three countries so far is to avoid a repeat of nation-wide lockdowns, the ground realities are worsening.

Italy, for instance, had a two-month-long lockdown earlier this year and is now once again reporting over 10,000 daily cases of Covid-19. The country's government has already negated the possibility of a lockdown but is gearing up to roll out new restrictions directed more towards the society than industry.

Germany, home to some of the biggest car makers in the world, has also seen a sharp rise in the number of positive cases. The country's President is in quarantine after one of his bodyguards tested positive. Officials here have already rolled out fresh restrictions on public life.

The point is that while the current rise in positive cases have resulted in changes in societies and public life, it could mean another strong impact on demand for vehicles if people are forced back inside homes. If the situation worsens, production facilities may once again have to suspend operations, some may even have to shut shop permanently.

The economic and financial toll of Covid-19 is still being fully assessed and another wave could further plunge the world into the figurative darkness. And while supply-chain issues may not be surface to the degree anywhere close to as it had earlier this year - also because major manufacturing hubs like China, Japan and South Korea are thus far containing the virus better, it could still bring about a whole lot of concerns.

This is also true for the United States and India, two countries which have been at the top of the list of nations with the most number of cases. In India, the upcoming festive period has meant demand for vehicles - passenger cars and two-wheelers - is returning to normal. The Health Ministry, however, is cautioning states to have plans at the ready to ensure cases don't surge because of festivities and the upcoming winter months.

The question of will, if and how are all relevant and none have a definite answer when it comes to Covid-19. Not till a vaccine is available anyway.