Home Auto News What Is Taking A Toll On The Implementation Of Fastag?

What is taking a toll on the implementation of FASTag? 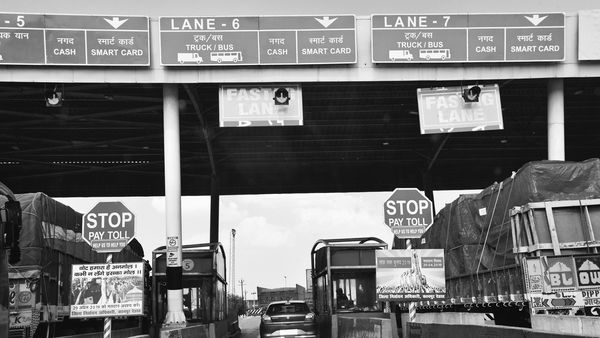 Photo of a FASTag lane

When Delhi resident Anurag (name changed) was travelling through Uttar Pradesh’s Nayansar toll plaza, he not only paid the toll fee in cash but also lost an equal amount from his FASTag account.

“The system was not able to read the FASTag strip (pasted on the windshield of the vehicle). So, I was asked to make the payment in cash, which I did. However, minutes after I exited the toll plaza, the amount was deducted from the FASTag account, too," he said.

Anurag is not the only one. Teething issues, including shortage of tags, have taken a toll on the implementation of FASTags, forcing the Centre to twice delay the mandatory rollout.

Several commuters have complained of technical glitches, with money getting deducted twice from their bank accounts or e-wallets and the tag not working. Besides, the waiting time at the toll plazas has not gone down, as envisioned by the government.

Over the last few months, the road transport and highways ministry has been aggressively working towards mandatory implementation of FASTags across national highways, to make Indian highways modern and world-class, with the use of technology.

The initial plan was mandatory conversion of all toll lanes to FASTag lanes across all national highways from 1 December 2019, which was pushed to 15 December. However, the ministry relaxed the 100% electronic toll collection norm and said that three-fourths of lanes at toll plazas will have to be FASTag-enabled, while the remaining can function as a hybrid model.

FASTag is an electronic toll collection device, which is in the form of a strip embedded with radio frequency chips, fixed on the windshield of a vehicle. The radio frequency chips can be read by the sensors at the toll plaza, enabling drivers to zip through, without having to stop. The use of such tags are mandatory for all new cars sold after 1 December 2017. The toll is deducted from the bank account linked to the FASTag. Toll payment can also be done via pre-paid wallets or instant digital payments system Unified Payments Interface (UPI).

The system is operational across more than 500 state and national highways across the country and will be soon made available at petrol pumps for fuel purchases. The government may also allow FASTags for paying parking fees.

“Till date, the experience of the rollout has been good and is (gradually) improving. In future, we expect FASTags to enable citizens’ seamless movement across toll plazas," Priyank Bharti, joint secretary, ministry of road transport and highways, said in an interview. In case of any malfunction in the system, when a FASTag is not working, a vehicle can cross the toll without paying the fees, Bharti said.

FASTag rollout is picking up pace amid teething troubles. More than 11.5 million FASTags have been issued so far and more than 100,000 tags are being issued every day, according to a statement by the ministry on 31 December 2019. There are 3 million transactions every day, with a transactional value of more than ₹52 crore.

More than 60% of the toll amount is collected digitally, a senior government official said, requesting anonymity. This is a substantial improvement from September, when just one-third of toll collections on national highways was being done via FASTags.

Experts said electronic toll collection is one of the best ways to enable fast, efficient and cashless payment option for toll, and will also increase transparency.

“FASTag implementation will help in efficient flow of traffic at the toll gates. The other associated benefits would be in terms of getting a far more accurate count of traffic and the category of vehicles that pass through the gates," said Jagannarayan Padmanabhan, director and practice lead, transport and logistics, CRISIL Infrastructure Advisory. “It will take at least one more quarter for complete adoption and more user awareness and an efficient dispute settlement (if any) can help in faster off take," he said.

The National Democratic Alliance government has been using focusing on technology to rollout various policies, but the FASTag implementation wasn’t smooth. “The Centre should focus more on the implementation process rather than just on the objective, which is revenue collection in this case. For something like FASTag, which is being made mandatory on a national level, the implementation must be fool-proof," said Madan Sabnavis, chief economist, CARE Ratings.