One of Waymo's specially equipped self-driving Jaguar I-Pace robo taxis has for the first time driven in San Francisco without a human behind the wheel.
By : HT Auto Desk
| Updated on: 04 Apr 2022, 10:57 AM 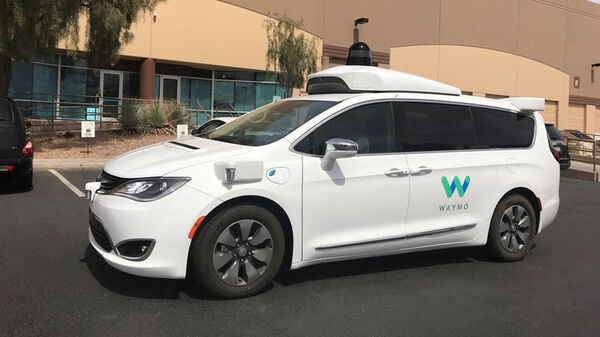 FILE PHOTO: A Waymo self-driving vehicle is parked outside the Alphabet company's office

While Waymo has been operating its driverless vehicles in San Francisco since 2021, it recently got the permission from authorities to operate these vehicles without a safety driver behind the wheel. Following this, the company announced that one of its specially equipped self-driving Jaguar I-Pace robo taxis has for the first time driven in the city without a human behind the wheel.

The company has shared a video on YouTube demonstrating the first days of fully autonomous driving in San Francisco. The video shows a part of that first driverless drive with a split screen showing both the normal camera feed and what the vehicle sees. On this achievement, the company's CEO Tekedra Mawakana said, “We’re particularly excited about this next phase of our journey as we officially bring our rider-only technology to San Francisco."

However, the company's self-driving vehicles currently won’t be traveling all over San Francisco and will be limited to driving in an area stretching from the Presidio to Candlestick Point. This area will be expanded upon in the future, just as Waymo did in its home town of Phoenix, Arizona, where the service was recently brought downtown for the first time.

Currently, Waymo only has a license to test autonomous vehicles in California, and it is only offering rides to its employees and members of its Trusted Tester program. It has not yet announced when it plans to get a license to also charge people for autonomous rides, but plans to do it soon, in order to keep up with GM's Cruise. The latter is already charging passengers in the city albeit only with a safety driver in the car for now.