Volvo's net order intake has turned negative since the end of March as customers cancelled planned truck purchases due to the coronavirus pandemic.
By : Reuters
| Updated on: 23 Apr 2020, 01:22 PM 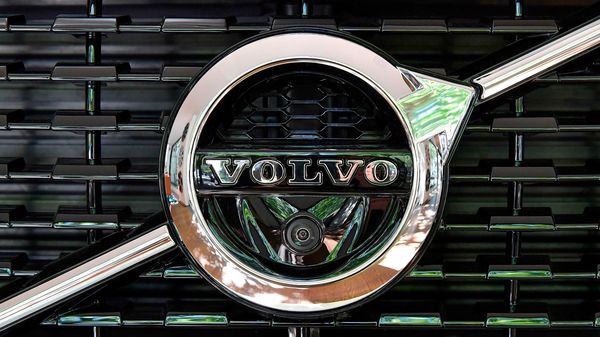 File photo: Volvo, whose truck brands include Mack and Renault, competes with Germany's Daimler and Volkswagen subsidiary Traton with its Scania and MAN brands.

Its net order intake has turned negative since the end of March as customers cancel planned truck purchases due to the coronavirus pandemic, the company said.

Volvo, whose truck brands include Mack and Renault, competes with Germany's Daimler and Volkswagen subsidiary Traton with its Scania and MAN brands.

Already facing a cyclical slowdown before the outbreak brought markets and production to a halt in Europe and North America last month, the slump is set to test Volvo which in the past has struggled to handle violent swings in demand.

"In the coming quarters, it will be challenging to reduce costs with the same speed and magnitude as revenues are decreasing," CEO Martin Lundstedt said in a statement, adding he expected demand to be hit in the short and medium term.

Volvo last month shelved plans for an extra shareholder payout though it said on Thursday it still intended to pay its ordinary dividend for 2019.

One of Sweden's biggest private sector employers, the company said it aimed to "cautiously restart" manufacturing in Europe, North America and Brazil at low levels at the end of April and beginning of May.

While factories may be stirring back to life, uncertainty lingers as to what demand there will be.

Its trucks order intake fell 16% in the first quarter but Volvo warned the decline had been 75% in March versus February and net negative since then.

Volvo, which in January saw the market falling by just under 15% in Europe and by nearly 30% in North America this year, said it was now not meaningful to try to forecast.

"It was rather expected that they wouldn't give forecasts ... since uncertainty is so big and visibility almost none," Handelsbanken Capital Markets analyst Hampus Engellau said.

"But the (first) quarter was better than expected."