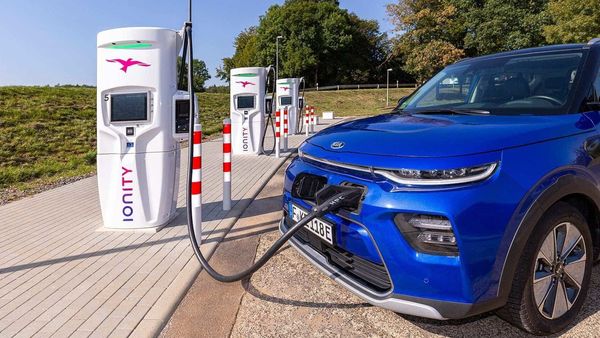 Hyundai has tied up with EV charging network IONITY in Europe.

Electric vehicle charging group Ionity, whose owners include Volkswagen and Daimler, is looking to sell a minority stake to rake in 400 million-500 million euros ($479 million-597 million), three people familiar with the matter said.

The firm, which is installing ultra-high speed charging stations across Europe, has hired BNP Paribas to help with the process, with non-binding bids due after Easter, the people said.

Interested parties include Macquarie, EQT , Meridiam, OMERS and IFM. Preliminary talks have already been held with some of them, one of the people said, adding that the investors could receive a 20-25% stake in the company.

"Ionity is in constant dialogue with its joint venture partners and is examining further investment opportunities for the expansion of the fast-charging infrastructure," Ionity said in a statement.

"In principle, additional shareholders are welcome for the joint venture."

Set up in 2017, Ionity originally aimed to install 400 charging stations - each featuring six loading spots on average - across Europe by 2020 in a bid to narrow Tesla's lead.

Currently 336 stations are in operation, with a further 39 under construction. At a capacity of up to 350 kilowatt hours, Ionity's spots can deliver a meaningful charge for electric vehicles within minutes.

Ionity's shareholders also include BMW, Hyundai Motor, Ford as well as Porsche AG and Audi, which are part of the Volkswagen group, reflecting the industry's broad commitment to expand loading infrastructure.

Electric vehicle charging firms have been the target of mergers with so-called special purpose acquisition companies (SPAC), most notably U.S.-based ChargePoint, which has a current market value of $7.95 billion.

Ionity could also become a SPAC target, people familiar with the industry said, while others cautioned that given large capital expenditure and stable but relatively low returns such a deal was less likely.