Volkwagen admitted using illegal software to cheat U.S. diesel engine tests in 2015, a scandal which has cost it more than $30 billion in vehicle refits, fines and provisions.
By : AFP
| Updated on: 28 Feb 2020, 03:28 PM 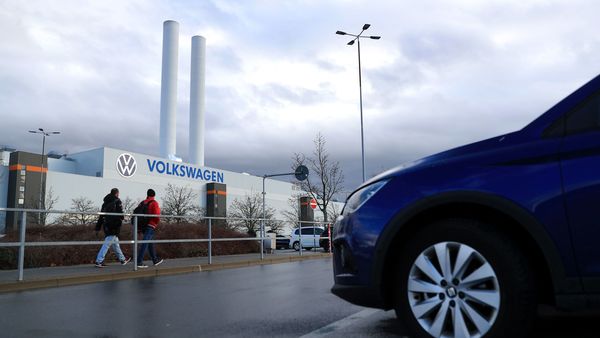 "The consumer federation and Volkswagen have come to a comprehensive agreement," in a first-of-its-kind collective lawsuit brought by around 400,000 diesel car drivers, the Brunswick higher state court said, just weeks after talks between the two sides broke down in acrimony.

Consumer federation VZBV said it would reveal details of the agreement at a 1:00 pm (1200 GMT) press conference.

The two sides earlier this month fell out in public after agreeing in principle on 830 million euros ($916.3 million) in payouts for German diesel car drivers.

VW said at the time the talks failed because of "disproportionate" fee demands from VZBV's lawyers.

But the consumer group said the money was needed to set up "a transparent, trustworthy and secure system" to actually pay out the cash.

The mass lawsuit is one of the biggest legal hangovers from VW's 2015 admission to fitting 11 million vehicles worldwide with software to make the engines appear less polluting in regulatory tests than in real driving conditions.

While American diesel buyers have enjoyed generous buy-back and compensation schemes, German drivers have so far gone uncompensated for the impact of the scandal, which has since spread to other carmakers.

On top of the 400,000 diesel owners in the VZBV's grouped proceeding, around 70,000 individuals have open claims against VW.

Investors are also pursuing VW for billions, hoping to recoup the financial harm they suffered when the group's shares plunged after the scandal broke.