The supervisory board of Volkswagen has disarmed the conflict between its CEO and the key stakeholders, as it supports the CEO as well as grants some concessions to labor leaders.
By :
| Updated on: 15 Dec 2020, 05:42 PM 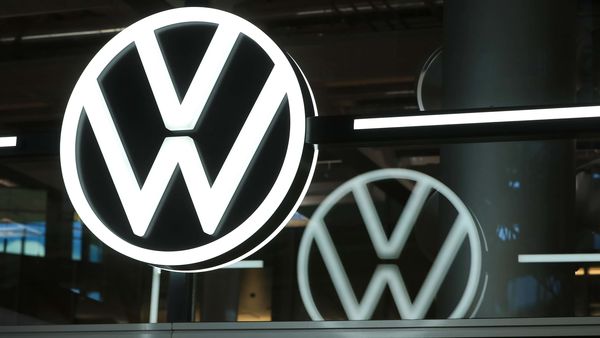 Volkswagen backs the reforms of the CEO, retains Lamborghini and Ducati, and disarms labour conflict.

Volkswagen AG rose the most in more than a month after its supervisory board disarmed a conflict that’s been brewing for weeks between its chief executive officer and key stakeholders, giving Herbert Diess a clear endorsement while granting some concessions to labor leaders.

In addition to throwing its full support behind Diess, who’s been agitating for a more comprehensive overhaul of the automaker, the board named Audi finance chief Arno Antlitz the new CFO of the group. Murat Aksel, who used to work with Diess at BMW AG, also will become purchasing chief, according to a statement.

“Herbert Diess has had a major impact on Volkswagen since 2015," the supervisory board said in the statement, referring to the year Diess joined from BMW. “Without his commitment, the transformation of the company would not have been so consistent and successful."

Volkswagen climbed as much as 5.7% in Frankfurt, the steepest intraday gain since Nov. 10 and the day’s best performance in the Stoxx 600 Automobiles & Parts Index. The shares are still down about 17% this year.

While Diess will gain two allies in top roles, VW also announced plans to produce electric vehicles in Wolfsburg, where the company is based, and maintain ownership of the Lamborghini and Ducati brands. Those commitments will please labor unions who lobbied for making electric cars at their main stronghold to safeguard jobs and blocked past efforts to sell Ducati.

The clear backing of Diess is aimed at resolving the wrangling atop the vast German company with a convoluted governance structure. Diess, 62, struggled to fill the CFO and purchasing openings and referred in a newspaper op-ed to there being “old, encrusted" structures for him to break up at VW headquarters. He had also pushed for an extension of his contract that ends in 2023.

“This puts an end, at least for the moment, to the excessive frictions between management and other key stakeholders," Arndt Ellinghorst, a Sanford C. Bernstein analyst who upgraded VW to the equivalent of a hold Tuesday, wrote in a report. “Yesterday’s resolutions clarify management’s mandate and offer an opportunity to focus on VW’s fundamental matters."

Bernstein surveyed investors and found more than 90% support for VW’s electric vehicle strategy and that 80% wanted Diess to remain CEO. Ellinghorst lifted his price target on the stock to 180 euros, from 160 euros.

Wolfgang Porsche and Hans Michel Piech of VW’s billionaire owner family said in a joint statement that it is “critically important" to them that Diess and his new management team continue to shape the company. They said the CEO has their full support to implement his strategy, including measures to improve VW’s financial results.

The manufacturer plans to hammer out a plan with unions by the end of the first quarter to reduce fixed costs 5% by 2023. Material costs are to be lowered 7% in the next two years.

“We can best meet the big challenges that lie ahead of us by working together," Bernd Osterloh, VW’s top labor representative, said in a statement. The main VW passenger-car brand will forge a technology task force similar to Audi’s Artemis project that is currently developing a new electric car to be launched in 2024.

VW will add a new management-board position for its components-making operations, which will be separated from the purchasing unit. Thomas Schmall will lead the components division starting Jan. 1 that will include manufacturing battery cells for electric vehicles.