Volkswagen is facing a wave of litigation by drivers who want their money back for the loss in value of their diesel cars because of the manipulation exposed by U.S. regulator in September 2015.
By : Bloomberg
| Updated on: 30 Apr 2020, 05:31 PM 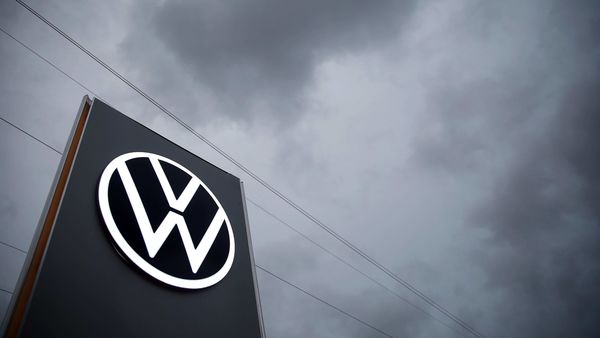 File photo: The logo of German car maker Volkswagen (VW) is pictured at the car factory in Zwickau, eastern Germany. - The first German mega-trial against Volkswagen linked to the scandal of rigged diesel engines known as "dieselgate", involving hundreds of thousands of customers, formally ended on April 30, 2020 after an out-of-court settlement that is expected to cost the manufacturer more than 750 million euros.

Volkswagen AG’s use of technology that helped it to cheat on diesel engine pollution tests violated European Union rules, an EU legal adviser warned in the second setback for the carmaker at the bloc’s highest court this month.

The so-called defeat device “does not appear to be necessary to protect the engine against damage or accident and to ensure safe operation of the vehicle," Advocate General Eleanor Sharpston of the EU Court of Justice said in a non-binding opinion on Thursday. The Luxembourg-based EU tribunal follows such advice in most cases.

(Also read: Four in US awarded $100,000 as punitive damages for being sold polluting VW cars)

The company is facing a wave of litigation by drivers who want their money back for the loss in value of their diesel cars because of the manipulation exposed by U.S. regulator in September 2015. The scandal has cost the world’s largest automaker about 30 billion euros ($32.6 million) so far. Lawsuits from disgruntled investors and consumers are set to drag on for years, with U.S. owners faring far better in settlements than their European counterparts so far.

VW said it will comment later in the day on the court opinion.

A U.K. court, in one of the biggest class-action suits filed in that country, earlier this month ruled that VW used such a defeat device. The decision allows 91,000 customers to proceed with a class action against the carmaker.

In a separate case linked to the diesel scandal, the EU court’s advocate general said in a non-binding opinion earlier this month that customers claiming their vehicles lost value due to the cheating shouldn’t have to sue the German carmaker in its own backyard, but could bring cases in their own countries.

The EU court’s decisions in both cases are expected within another six months. National courts are bound by its interpretation of EU law.