According to a rendered image shared by Volkswagen CEO Ralf Bandstatter, the EV could lose its rear doors to become an open-top vehicle, and this means that the ID.3's body would have to be reworked.
By : HT Auto Desk
| Updated on: 02 Mar 2021, 12:39 PM 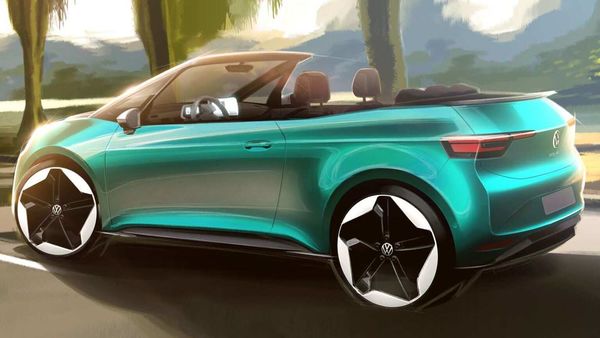 Volkswagen wants more customers to be interested in buying the ID.3 electric hatchback. The automaker recently launched a more affordable version of the vehicle, offering the same range as the main model, but slightly less powerful. Now, it turns out that there might be an ID.3 derivative joining the range in the future.

The  CEO of Volkswagen Passenger Cars , Ralf Brandstatter gave a teaser of the potential ID.3 in a post on LinkedIn. Although he admits that the "Volkswagen design team has already outlined some initial ideas," it appears that no final decision has been made yet.

Apparently, the company's engineers and designers  "are still mulling over how to turn this attractive concept into reality . " It is not known how many modifications will be necessary in the construction of the vehicle for the ID.3 to lose its roof, but it will definitely not be an easy task .

Brandstatter's post was accompanied by a rendering showing a preview of what the ID.3 Convertible might look like. Apparently, the EV could lose its rear doors to become an open-top vehicle, and this means that the ID.3's body would have to be reworked.

“An ID.3 convertible? Sounds pretty cool - enjoy nature with the top down, with the instant but quiet electric shock. This could provide a completely new and extraordinary sense of freedom, "Brandstatter said in his post.

However, this could be more of just a teaser for people to keep their interest in the vehicle.

Volkswagen recently drove in a new version of the ID.3 electric hatchback. Though the range has not changed, the new ID.3 model’s starting price is lower than before.

The price of the ID.3 Pro starts at $39,600 (converted to ₹28.81 lakh), while the Pro Performance variant is available at a starting price of $41,437 (converted to ₹30.15 lakh) after adding the government incentives in the UK for the zero-emission vehicles.