At Volkswagen's Navarra plant, in case of being sent home, workers would keep 100% of their salary, but they would be stripped of any extra pay, such as overnight work.
By : Reuters
| Updated on: 12 Mar 2020, 11:04 AM 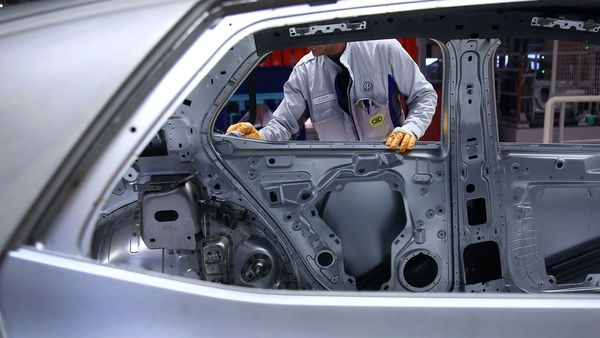 German carmaker Volkswagen has agreed with the main unions at its plant in Spain's Navarra region that some workers will be temporarily sent home in case of disruption to the supply chain due to the coronavirus outbreak, a spokesman said.

The plant, which has around 4,800 workers and produces the Polo and T-Cross models is currently working normally and the details of how many workers could be sent home would be decided if it becomes necessary, the spokesman said.

Separately, Volkswagen's Spanish unit Seat has said it is considering sending staff home temporarily from its own brand plant near Barcelona due to supply chain issues, in a further sign of how the coronavirus could disrupt Europe's struggling car market.

The Spanish government is preparing special measures to facilitate temporary lay-offs due to the outbreak while maintaining workers' rights, such as not having to eat into their unemployment benefits.

At VW's Navarra plant, in case of being sent home, workers would keep 100% of their salary, but they would be stripped of any extra pay, such as overnight work, the spokesman said.

The deal with the two main unions - which has yet to be signed - agrees on a potential temporary layoff of a number of workers at any time in 2020, he added.

The factory currently does not have supply problems but is concerned that issues with suppliers in Italy could begin to affect it, the spokesman said.