General Motors and other automakers are struggling to keep plants open due to shortfalls in chip supplies.White House authorities have engaged with industries and lawmakers on ways to alleviate the chip crisis.
By : Bloomberg
| Updated on: 21 Aug 2021, 09:17 AM 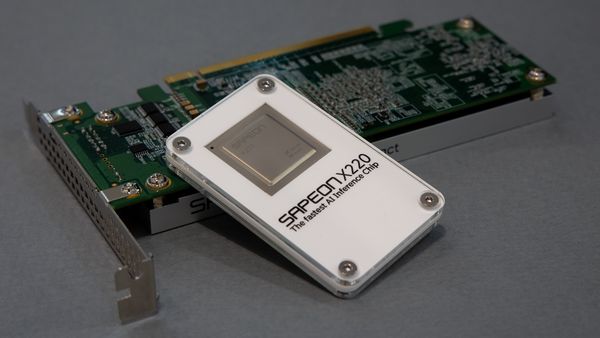 US Vice President Kamala Harris said issues stemming from a global chip shortage is “very real," as she heads to Asia on a trip aimed at building trade relationships with countries seen as crucial to the supply chain.

Harris, who will visit Singapore and Vietnam where she will emphasize the U.S.’s role as a global leader, said Friday the country had both an economic and security interest related to the region, and how dependent it is on its supply chains.

Her trip comes as global semiconductor shortage continues to cause production delays for the auto and consumer electronics industries in the U.S.. The Biden White House has for months engaged with industries and lawmakers on ways to alleviate the crisis, without much effect so far.

Harris will land Aug. 22 in Singapore, which has sought to increase its chip-making talent and manufacturing capability. U.S.-based GlobalFoundries Inc. recently said it planned to build a $4 billion plant in the city-state, slated to start in 2023, and the facility is expected to primarily serve smartphone and auto demand.

Her second stop Aug. 24 is Vietnam, which in particular plays an increasingly important role in many supply chains, as companies in recent years moved operations there from China. The pandemic has forced factory shutdowns in Vietnam, where a tiny fraction of the population is vaccinated. Intel Corp., one of the country’s biggest foreign investors, has spent 140 billion dong ($6.1 million) in just one month to meet strict anti-virus mandates to ensure it can keep operations going in the Ho Chi Minh City.

Harris said the semiconductor issue was also raised in a discussion with General Motors Co. Chief Executive Officer Mary Barra. GM and other automakers have struggled to keep plants open due to shortfalls in chip supplies, which has forced them to limit production and see inventories dwindle. This month, Barra told reporters that GM is working to prevent a recurrence of the shortfall and expressed confidence the scramble for chips will ease -- but didn’t provide any specific timeline.

(Also read | Volkswagen may cut production due to chip crisis, to follow Toyota)

Earlier Friday, GM said it’s recalling more than 73,000 of its Bolt electric vehicles at a cost of $1 billion due to the risk of their batteries catching fire. Faced with the expanding recall, the automaker said it was pressing its battery supplier, South Korea’s LG, “for reimbursement of this field action."