Carmakers and suppliers in the UK have secured registration numbers, spent significant sums on stockpiling and employed customs agents to deal with the paperwork.
By :
| Updated on: 10 Nov 2020, 09:43 AM 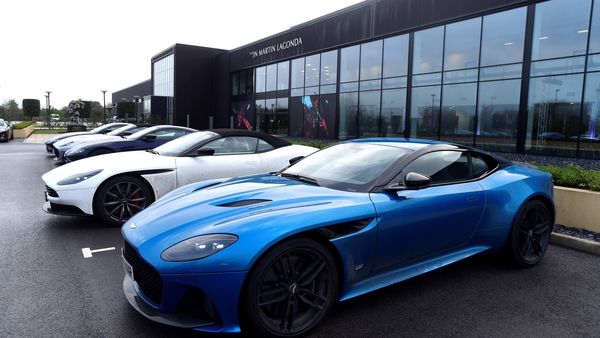 Carmakers in the UK have spent at least 735 million pounds ($970 million) preparing for Brexit and warned of a much larger loss in trade if negotiators are unable to reach an agreement with the European Union.

Almost a third of the expenses have been borne this year, with the industry shelling out to prepare for new customs declarations and stockpiling parts, according to the Society of Motor Manufacturers and Traders. Leaving the EU without a deal could cost the sector as much as 47 billion pounds in lost trade of cars and vans over the next five years, the trade group said.

With less than eight weeks left before the Brexit transition period ends on Dec. 31, SMMT posed requests to negotiators. The industry’s asks include a grace period of at least one year to obtain supplier declarations, and clarity as to how companies will have to prove the origin of their products to meet local content thresholds.

“Securing a deal is absolutely critical, but it cannot be any deal," Mike Hawes, SMMT’s chief executive officer, said in a statement. An accord that fails to achieve zero-tariff and zero-quota trade “would be the equivalent to no deal at all, devastating jobs and slamming the brakes on the UK’s ambitions to be a world-leading manufacturer and market."

In 2019, more than 80% of the 1.3 million cars built in the UK were exported, with the EU accounting for 55% of those exports. The UK is also a major importer of cars, with over 85% of the 2.3 million sold in the country last year made overseas.

Carmakers and suppliers in the UK have secured registration numbers, spent significant sums on stockpiling and employed customs agents to deal with the paperwork that will arise as of Jan. 1, according to the SMMT. The trade group also said systems that cut down supply chain delays are vital.