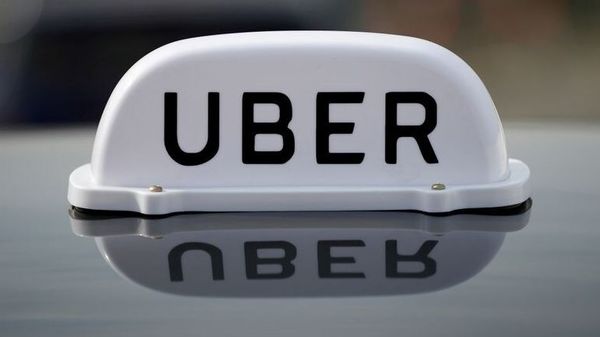 The Logo of taxi company Uber is seen on the roof of a private taxi. (File photo)

A monster fine levied on Uber Technologies Inc. by a California regulator probing sexual assault incidents won’t be so big after all.

After months of wrangling over how to best protect the identity of sexual assault victims and whether a large fine was justified, Uber and the California Public Utilities Commission, or CPUC, have struck a deal. Uber will not pay a $59 million fine levied by the commission last year, nor will it disclose details that would identify the 3,000 people who said they suffered sexual assaults on its platform in 2018, as outlined in a 2019 company safety report. CPUC had initially asked that the company give the commission the victims’ contact information, and fined Uber when it would not release their names.

Now, Uber will instead pay a $150,000 fine to CPUC, contribute $5 million to the California Victim Compensation Board and put $4 million toward creating industry-wide safety standards and education, according to a Thursday filing by the CPUC.Uber will provide the CPUC with anonymized information about assault survivors, and in future reports about assaults on its platform, will provide victims and witnesses with the option to be contacted by the CPUC, according to the agreement.

Although the deal is between Uber and the CPUC, the filing states that future CPUC data requests will apply to all transportation network companies that operate in the state. This means that Uber’s smaller rival Lyft Inc. will be asked for the same information going forward. Lyft also pledged to release its own safety study but has yet to publish one.

Lyft and the CPUC did not immediately return requests for comment.

“We look forward to continued collaboration with the commission to shine a light on this societal issue and help set the standard for safety and transparency in our industry," Tony West, Uber’s chief legal officer, said in a statement. Uber and the CPUC’s arrangement -- which was reached during arbitration with the help of the Rape, Abuse & Incest National Network -- must still be approved by an administrative law judge and the CPUC board.