Uber will invite drivers to cook, clean, do laundry

Uber plans to announce an expansion of a temporary staffing service it has been testing in Chicago.
By : Lizette Chapman
| Updated on: 19 Dec 2019, 10:31 AM 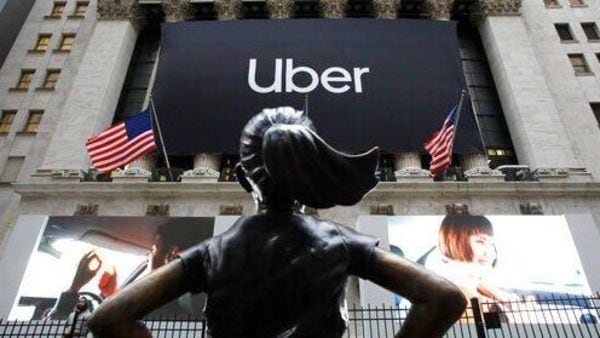 Governments around the world are pressing Uber Technologies Inc. to give employment benefits to its army of gig drivers. Uber, meanwhile, is pursuing a different tactic: applying its gig economy model to all kinds of work. Uber plans to announce an expansion of a temporary staffing service it has been testing in Chicago. The programme, called Uber Works, connects workers with businesses offering short-term jobs in hospitality, events, light industrial and other sectors. Miami will become the second city where Uber Works is available, with more planned for next year.

The programme has been mainly focused on workers at traditional staffing agencies, but the company plans to start recruiting from its massive pool of drivers in the coming months, said Andrey Liscovich, the chief executive officer of the Uber Works project. That would enable anyone in those cities to sign up for an array of gigs that don’t require a car and driver’s license, potentially unlocking an even bigger labour market. “For us to invest in something, it needs to be on the order of ride-share in size, or even exceed it," Liscovich said.

Dara Khosrowshahi, the company’s CEO, has struggled to define what Uber is and why investors should put up with at least two more years of estimated losses. To justify investments in autonomous vehicles, bicycles, electric scooters, flying cars, food delivery and groceries, Khosrowshahi has drawn parallels to Amazon.com Inc., which started by selling books and now sells practically everything. Khosrowshahi had pitched Wall Street on doing something similar for transportation.

As 2019 comes to a close, Uber is set to be one of the worst-performing stock debuts of the year. It’s down more than 30% since the initial public offering in May, burdened by concerns about losses and the long-term viability of the business. In response, Khosrowshahi has pledged Uber will turn an adjusted profit by the end of 2021, a promise he repeated onstage at an event in San Francisco last week when he described the company’s new approach to growth: “Every part of the portfolio is going to play their part."

With Uber Works, the company believes it can rake in more revenue, and eventually profit, by repurposing the technologies—and the people—that run its ride-hailing business for other jobs, said Liscovich. The move also bolsters Uber’s case that it’s a tech platform, rather than a car-booking service—an argument the company frequently uses to defend itself in employment lawsuits. Khosrowshahi’s bet comes at a critical time for the San Francisco-based business. Regulators in London said last month they will revoke Uber’s license to operate there, citing safety concerns. This month, Uber published a first-of-its-kind safety report detailing more than 3,000 allegations of sexual assault filed with the company last year, raising further concerns about the dangers of the platform. And starting next month, a law designed to reclassify gig economy workers as employees goes into effect in Uber’s home state of California. Uber is bracing for a lengthy battle in court and at ballot boxes next year. Uber Works is an opportunity for Khosrowshahi to demonstrate his version of responsible growth. Temporary staffing is a natural extension of Uber’s technology, said Tom White, an analyst at DA Davidson, but the company must show it can be done profitably and without putting the safety of workers or customers at risk. “The safety report highlighted there are still problems, and with gig workers where you are putting them on-site, that really needs to be buttoned up," White said. “Hopefully Uber has learned its lesson over the last couple of years."

Although the staffing project is sprouting in a new era for Uber, its origins date back to Travis Kalanick, the co-founder and former CEO. Liscovich pitched the idea more than three years ago while interviewing for a job at Uber. He got hired and later tested the concept at restaurants in Los Angeles, where the company had relationships through Uber Eats. Liscovich’s team helped restaurants deal with overwhelming demand from delivery orders by finding them additional workers on the fly to assist with food prep, packaging and dishwashing. This year, Uber made the app available throughout Chicago. It started by working with restaurants as well as customers of Uber’s trucking business. On top of the kitchen work, Uber added short-term warehouse and industrial jobs. To find backup workers, the service leverages similar technology to that used to line up alternative drivers in case one cancels.

Uber acts as a buffer between businesses looking to schedule shifts and staffing agencies like TrueBlue Inc., which employs the workers, provides benefits and handles payroll. TrueBlue CEO Patrick Beharelle said he was hopeful Uber Works could expand the staffing industry in the same way food delivery expanded the restaurant industry. However, there’s a risk Uber, with its global contract workforce, does to the staffing business what it did to taxis.

The move to Miami is timed to the city’s busy winter season, made even more frenzied with the Super Bowl taking place there in February, said Liscovich. Uber recently started testing the service in Miami ahead of the wider rollout. A local bed and breakfast, Copper Door B&B, used Uber Works to hire five workers to cook, clean and do laundry. Jamila Ross, the manager, said the work and prices were excellent. She had always relied on friends and family to fill temp work, until Uber came calling. “They had some of the best cocktail napkin fans I’d seen," she said. “They made the venue look tight."