As per a lawsuit filed, Uber prompts customers to rate drivers on a scale of 1 to 5 stars, and then deactivates workers whose average rating it deems unsatisfactory.
By : Bloomberg
| Updated on: 27 Oct 2020, 10:42 AM

Uber's logo is displayed on a mobile phone. (File Photo)

Uber Technologies Inc. was accused in a lawsuit of violating the US Civil Rights Act by firing minority drivers based on how they’re rated by customers.

“Uber is aware that passengers are prone to discriminate in their evaluation of drivers, but Uber has continued to use this system, thus making it liable for intentional race discrimination," former driver Thomas Liu said in his complaint, filed Monday in San Francisco federal court on behalf of a proposed nationwide class of non-White drivers.

Liu first brought that claim four years ago to the U.S. Equal Employment Opportunity Commission, which did not reach a conclusion about the allegations but in August authorized him to pursue them in court.

Uber spokesperson Matt Kallman called the lawsuit “flimsy" and said in an emailed statement that ride-hailing “has greatly reduced bias for both drivers and riders, who now have fairer, more equitable access to work and transportation than ever before."

The lawsuit is the latest volley in a high-stakes struggle over whether ride-hail companies can keep classifying drivers as contractors, who are excluded from legal protections covering minimum wage, unionization, and harassment as well as discrimination.

While Uber insists its drivers are independent contractors, who aren’t covered by the workplace protections of the Civil Rights Act, Liu contends the ride-hailing giant wields enough control and relies enough on the drivers’ labor that they’re actually employees who fall under the 1964 law. 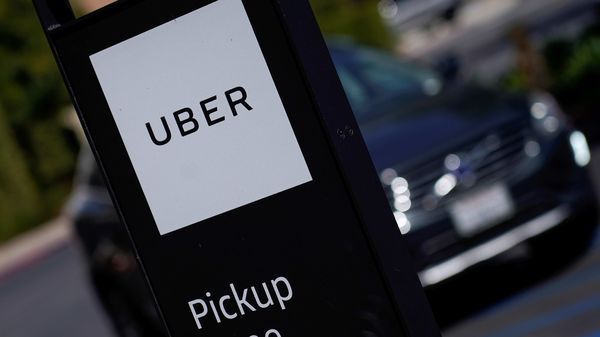 Uber prompts customers to rate drivers on a scale of 1 to 5 stars, and then “deactivates" workers whose average rating it deems unsatisfactory, according to the lawsuit. Liu says that while driving for Uber in San Diego, he experienced signs of bias such as customers canceling when they saw his photograph, or asking in an unfriendly manner “where he was from." He claims Uber terminated him in October 2015 because his average customer rating fell below its minimum of 4.6.

Liu said in the complaint that Uber has previously acknowledged the issue of customers’ bias when it cited evidence of racism in tipping as an argument against allowing in-app gratuities.

“Customer discrimination is not an excuse for employers to discriminate," Liu’s attorney, Shannon Liss-Riordan, said in an interview.

The company says that its rating system includes steps to mitigate bias, such as prompting drivers to explain low ratings and not counting those that are based on issues such as traffic. Uber also uses ratings to protect workers by banning customers who get very low ratings from drivers, according to the company.

The EEOC said in August that after investigating Liu’s claims, it was neither concluding that the company had violated the law nor certifying that it was complying with it.

In California, app-based transportation and delivery platform companies have put around $200 million behind a ballot measure that would exempt their drivers from recent legislation that designates many gig workers as employees under state law. The measure, Proposition 22, would require that they provide drivers an appeals process for terminations, and that they not discriminate.

Uber and Lyft Inc. are being sued by the state for refusing to reclassify their drivers as employees, and a state appeals court last week upheld an injunction that would require them to do so if the ballot measure isn’t approved in the Nov. 3 election.