Traffic affected in parts of Delhi due to Congress workers' protests

The Delhi Traffic Police department has deployed teams with special traffic arrangements on the ground to ensure that commuters do not face any inconvenience.
By : HT Auto Desk
| Updated on: 13 Jun 2022, 03:58 PM 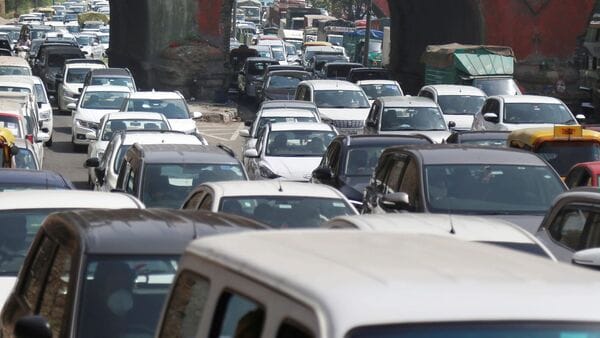 Vehicular traffic in parts of central Delhi has been heavily affected due to the protest being carried out by the members of Congress party in solidarity with their leader Rahul Gandhi, who has been summoned by the Enforcement Directorate in connection with a money laundering case. The most affected areas include Claridges Roundabout, Rajesh Pilot, Akbar Road, Mulana Azad road, Motilal Nehrul Marg and APJ Abdul Kalam Road, a senior traffic police official told PTI.

The official added that the traffic department has deployed teams with special traffic arrangements on the ground to ensure that commuters do not face any inconvenience. "But still traffic remains to be affected at certain roads where there is slow vehicular movement. We have also diverted the vehicles accordingly," he added.

He said that though the Congress members were denied permission, the traffic department still has its plan of action ready and special traffic arrangements have been made. In the morning, the department had also issued advisory for commuters to avoid certain routes including Gol Methi junction, Tughlak Road Junction, Claridges Junction, Q-point Junction, Sunehri Masjid Junction, Maulana Azad Road Junction and Man Singh Road Junction, among others.

The traffic police had urged commuters to avoid certain routes till 12 pm due to the protest. Police officials also imposed section 144 CrPC in the areas around the Congress party headquarters at Akbar Road in New Delhi.

The Delhi Traffic Police is also trying to resolve commuters' grievances via Twitter. One of the commuters, Gaurav Tyagi, tweeted that there is traffic at every crossing but no one to manage it. "Stuck at Yamuna Vihar crossing from last 30 minutes," he wrote. Replying to his tweet, the city's traffic department wrote that the complaint has already been forwarded to concerned traffic inspector for taking necessary action.