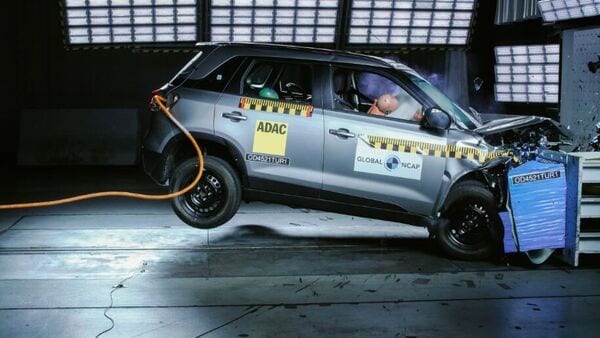 Toyota Urban Cruiser has received a four-star safety rating for adult occupant protection and three stars for child occupant protection in Global NCAP safety crash test. The safety assessment company has launched the results of the second round of 2022 #SaferCarsForIndia campaign. In the current campaign, the agency is testing frontal crash protection for occupants and not side impact, Electronic Stability Control (ESC) and pedestrian protection.

Toyota Urban Cruiser was tested in its most basic safety specifications fitted with two frontal airbags and anti-lock braking system (ABS). During the Global NCAP safety assessment, the vehicle showed a stable structure and provided adequate to good protection of critical body regions of the adults. Driver's and passenger's head and neck were offered good protection, and so were the chest regions of both.

However, driver's knees and passenger's right knee showed marginal protection as they could impact with dangerous structures behind the dashboard supported by the Tranfascia. The bodyshell was rated as stable and it was capable of withstanding further loadings.

However, the lack of three-point belts in all seating positions and the high neck biomechanical values in the frontal crash are the reasons why the vehicle has received three stars for child occupant protection.