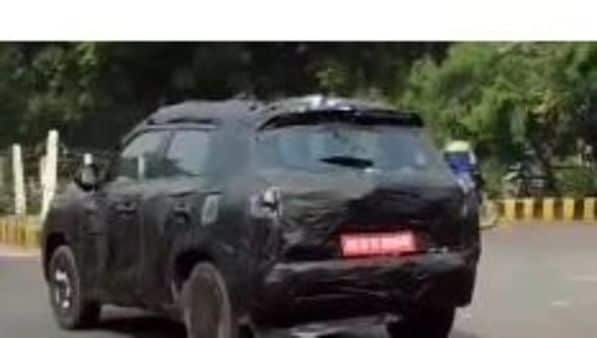 The new Maruti Suzuki Brezza is expected to be launched in the second half of 2022.

Maruti Suzuki Vitara Brezza has been a very popular sub-compact SUV in the Indian  car market for several years, and counting. First launched in 2016, the Brezza has seen several newer rivals while also re-inventing itself - outside, inside and under the hood. Now, spy images of the next-gen Maruti Suzuki Brezza have been doing the rounds online, indicating that the company may be prepping it for an early 2022 launch.

Although under heavy camouflage, the upcoming Vitara Brezza will boast of several new highlights. Here are 10 new features expected in the Maruti SUV.

The new infotainment screen of the upcoming Maruti Suzuki Brezza will be enabled with Android Auto and Apple CarPlay. This will allow the user to connect his or her smartphone with the system. This feature is expected to be offered in the premium variant of Brezza.

Expect a major change in the driver display with the instrument cluster now becoming all digital.

Looking at upping the premium quotient of the car to help it take on newer rivals with increased vigour, expect the new Brezza to offer wireless phone charging.

Maruti Suzuki will also be offering the advanced connected car technology with the new car that will help a user to remotely manage the engine's start and stop, headlamps as well as climate control functions.

The all-new Brezza may be accompanied by a 360-degree camera that will give the driver a real time-view of every side of the car.

The new Maruti Suzuki Brezza may come with paddle shifters in the automatic variant of the car.  This feature is currently only available in the sub-compact SUV Kia Sonnet.

Reports have suggested that the automaker can replace the current 12V mild-hybrid technology with a 48V hybrid system in the new Brezza. This will give the car better mileage than the outgoing model. The new model may come with a 4-cylinder 1.5 litres petrol engine that will produce 103bhp power and 138Nm torque. It will also offer a five-speed manual and four-speed torque converter option.