Home Auto News To Wear Or Not To Wear? Delhi Hc To Decide If Mask Is Must While Driving Alone

To wear or not to wear? Delhi HC to decide if mask is must while driving alone

The Delhi High Court will give its verdict today based on pleas against wearing of mask while driving alone in private vehicles.
By : HT Auto Desk
| Updated on: 07 Apr 2021, 08:59 AM 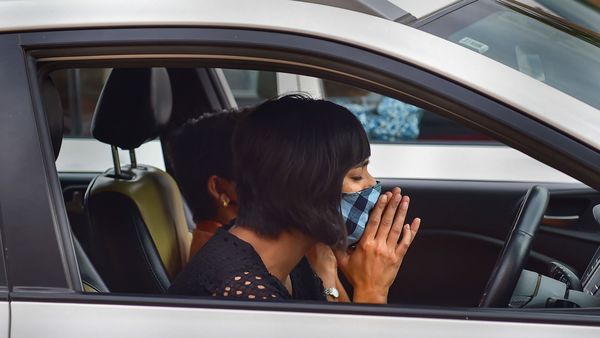 The Delhi government had issued an order last year saying that wearing masks while driving an official or personal vehicle is compulsory.

Wearing a mask while driving a car in Delhi-NCR was made compulsory a year ago after the Covid-19 crisis led to massive rise in cases and forced lockdown across the country. A year later, a bunch of pleas now lie in front of the Delhi High Court to decide if wearing a mask while even driving alone in a car is required or not.

The Delhi High Court is scheduled to pronounce its verdict today on these pleas that have challenged the rule made by the Delhi government, which also invites penalty if found flouting. The court had earlier reserved its decision on February 17.

Justice Prathiba M Singh has heard several pleas challenging the decision to impose challans, or fines, to some people who were found not wearing a mask while driving alone in their respective vehicles. One of them said that a person was fined ₹500 for flouting the rule. According to petitioner Saurabh Sharma, on September 9 Delhi Police issued a challan of ₹500 for not wearing mask even though he was alone in the car while driving to work.

There have also been claims that a person was challaned despite having his face covered with a scarf instead of a mask. Some of the complainants have also claimed that officials had failed to provide any executive order which makes it mandatory to wear masks while travelling alone in a private vehicle.

While the Ministry of Health and Welfare admitted in court that it had issued no such guidelines on wearing masks inside a car, the Delhi government argued that a private car is regarded as a public place by the Supreme Court itself, hence making it compulsory to wear masks even if alone.

In order to curb rising Covid positive cases in and around Delhi, chief minister Arvind Kejriwal had earlier raised the amount of fine to ₹2000 from ₹500 for anyone not wearing a face mask in public place. The amount of fine remained applicable for people driving alone as well since Delhi government cited Supreme Court's views on private cars being a public place.