French automaker Peugeot says the 9X8 hypercar will have a hybrid powertrain and an all-wheel-drive transmission.The hypercar will make its debut at the World Endurance Championship (FIA WEC) in 2022.
By : HT Auto Desk
| Updated on: 09 Jul 2021, 05:52 PM 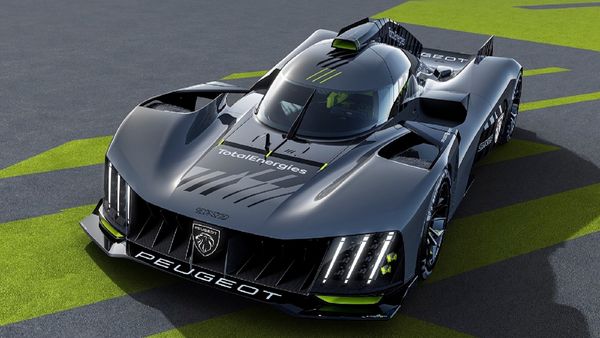 Peugeot introduced its new 9X8 hypercar which will make its debut in the FIA World Endurance Championship (FIA WEC) in 2022. Reckoned as the latest racing contender from the brand, the Peugeot 9X8 hypercar is a successor of the Peugeot 905, winner of the Le Mans 24 Hours in 1992 and 1993, and the Peugeot 908, which won the French classic in 2009.

Peugeot 9X8 is powered by a hybrid power unit and is an all-wheel drive. The French automaker says that this hyper-efficient prototype fits perfectly with Peugeot's Neo-Performance strategy. The car has been designed keeping in mind the regulations given by the Federation Internationale de l’Automobile (FIA) and Automobile Club de l’Ouest (ACO) for new the Le Mans Hypercar (LMH) class which succeeds from endurance racing’s former LMP1 headlining category. 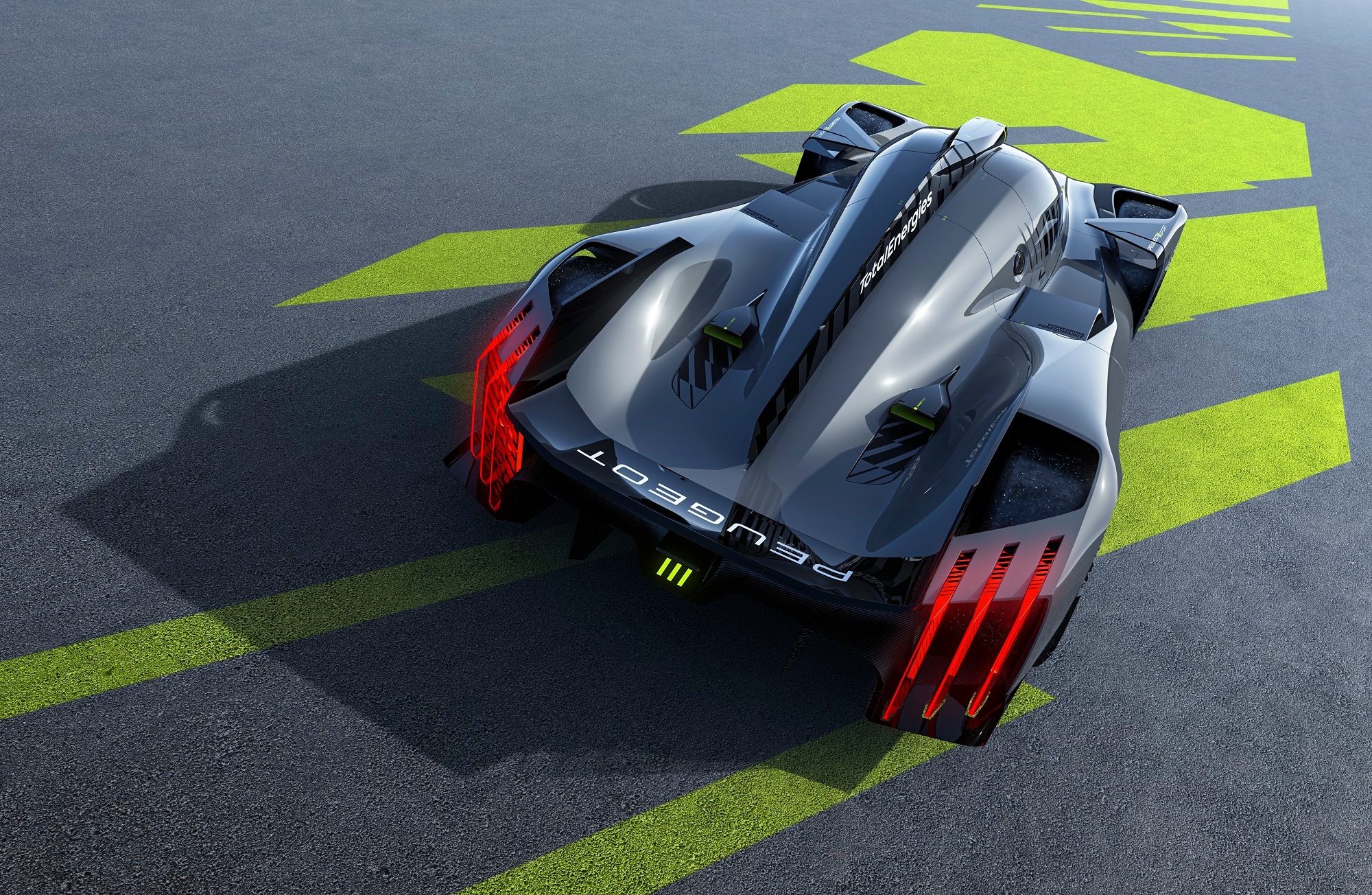 The hypercar has no rear wing. (Automobiles Peugeot)

Peugeot has also chucked out the rear wing in the car. It says that the highly efficient aerodynamic design by the team has made this possible. Stellantis Motorsport director Jean-Marc Finot notes this step as a major innovative step. “We have achieved a degree of aerodynamic efficiency that allows us to do away with this feature. Don’t ask how, though! We have every intention of keeping that a secret as long as we possibly can!" he adds.

The car features signature-styled front and rear lights in the form of three claw-like strokes. The 9X8 hypercar faults a colour scheme of Selenium grey and Kryptonite acid green and yellow highlights both on the body and inside of the cockpit. Coming to the powertrain, a 2.6-litre, bi-turbo 90-degree V6 internal combustion engine can generate a power of 680 hp. It is mounted at the rear of the car. The front-mounted 200kW motor-generator unit, seven-speed sequential gearbox and battery are in the process of being assembled, says the automaker. A powerful battery with 900 volts and a high-density feature is also being co-developed for the car.

Peugeot will contest two of these 9X8 hypercars in the 2022 FIA World Endurance Championship.