The task force will study issues concerning public transport system in the state and suggest various measures to combat the issues.
By : PTI
| Updated on: 25 Jun 2020, 10:30 AM A worker sprays disinfectant on a bus outside at a depot during the fifth phase of Covid-19 lockdown, in Nagpur, Maharashtra.

The Maharashtra government has set up a 13-member task force to study problems related to transport services in the state and suggest measures on how to run them effectively in the wake of the Covid-19 crisis.

So far, there is limited movement of public transport services in the state to contain the spread of coronavirus.

"The task force will study and suggest various measures about transport services in the state, and to avoid the spread of coronavirus," as per a government resolution (GR) issued on Tuesday.

The task force will be headed by state Transport Minister Anil Parab and transport commissioner will be its secretary, the GR said.

Various bodies of goods and passenger transporters have been given representation in the task force.

Maharashtra is the worst affected by Covid-19 in the country.

Under "Mission Begin Again", the state government wanted to form a task force to study and resolve issues related to transport services.

(Also read: Electric vehicle manufacturers to get road tax relief in this state)

Meanwhile, sources in transport department said the first meeting of the task force will be held at the office of transport commissioner in south Mumbai on June 26. Members can also join online, they said.

The task force will study issues concerning public transport system in the state, various problems faced by it and suggest various measures. 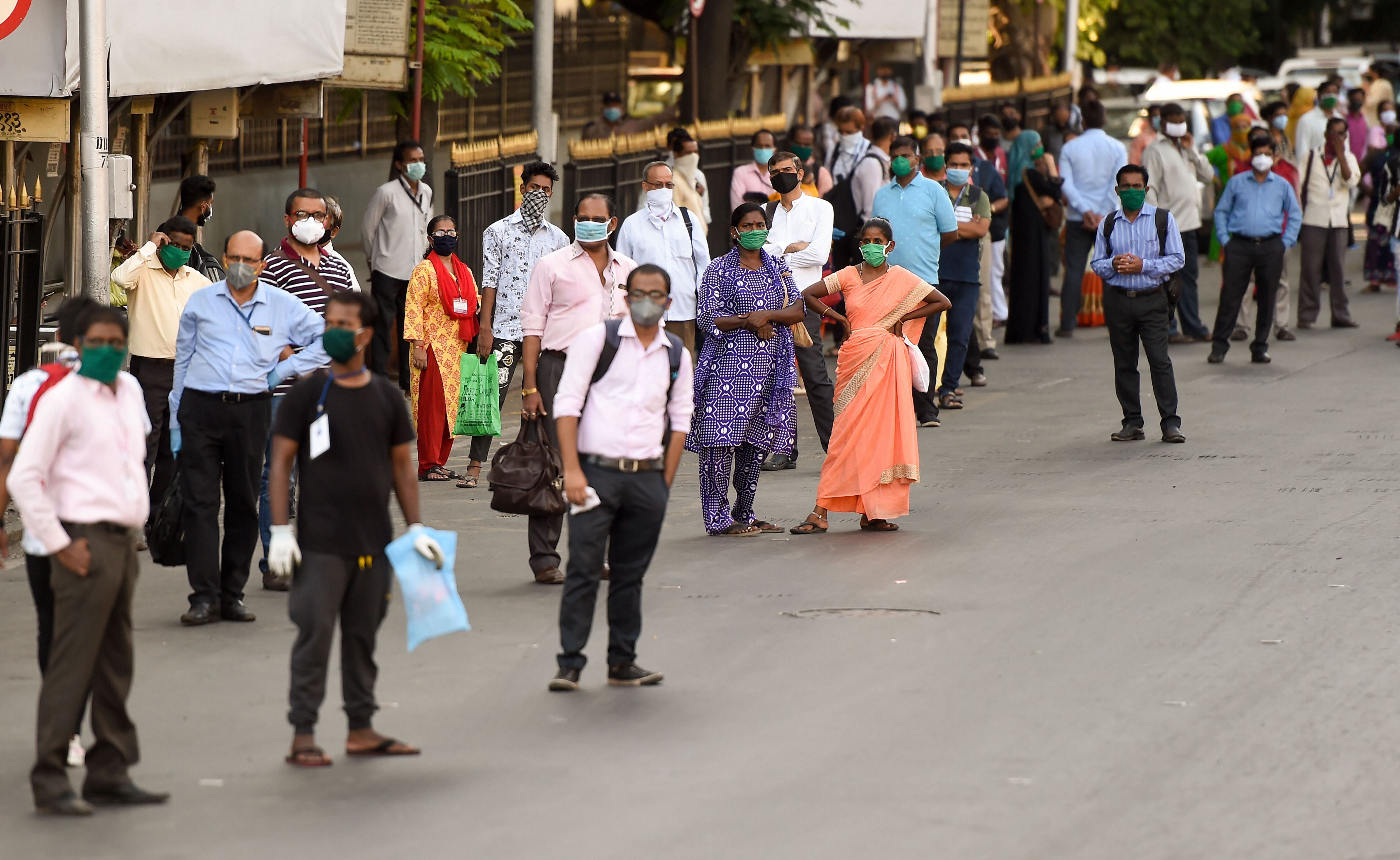 People wait for BEST bus for local transport, during nationwide lockdown as a preventive measure due to the coronavirus pandemic, at CSMT in Mumbai, (PTI)

The task force has been asked to suggest measures about other transport-related issues which will come to fore from time to time, they said.

Members of the task force form the government's side incude secretaries of departments of Transport and PWD, ADGP (traffic), managing director of MSRTC and general manager of BEST (Brihanmumbai Electric Supply and Transport) undertaking.

Presently, the MSRTC has been operating its services in a restricted manner within districts. BEST undertaking operates buses across the Mumbai Metropolitan Region (MMR).

Under 'unlock 1', regular and aggregator taxis and autorickshaws have been permitted to ferry only two passengers working in essential and emergency services.

In Mumbai, operations of suburban trains resumed earlier this month, but only those people working in essential and emergency services are allowed to avail their services.

Vehicles carrying goods, however, have been allowed to ply since April.