Home Auto News This Russian Firm Is Selling Cars Without Airbags, Other Features Amid Sanctions

This Russian firm is selling cars without airbags, other features amid sanctions

The classic variant of Lada Granta will be shipped without airbags, satellite navigation, ABS, or seatbelt pretentioners.
By : HT Auto Desk
| Updated on: 15 Jun 2022, 11:20 AM 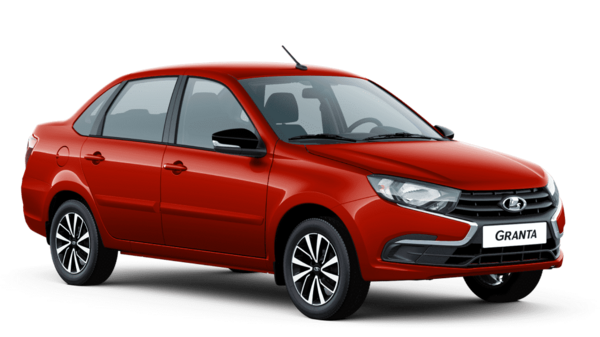 The western sanctions imposed on Russia in the aftermath of its invasion of Ukraine have been hard on the country's automobile industry due to difficulty in importing essential safety parts. Due to this, Russian automaker Lada has been forced to introduce a new ‘Classic’ variant of its Lada Granta made using only locally sourced parts. Almost like bare-bones, the car costs just 761,000 rubles ($13,008), Autoblog reported.

However, the ‘Classic’ status of the Granta is ironical in the sense that in actuality, a classic vehicle is rich in amenities, more than its looks. But Lada's bare-bones Classic variant of Granta is being sold without a number of safety features such as ABS and passenger-side airbags, or even air conditioning.

The Granta first entered production in 2011 in partnership between AvtoVAZ and Renault. It has now been revived in the aftermath of the western sanctions imposed on Russia and will be shipped without airbags, satellite navigation, ABS, or seatbelt pretentioners.

Under the hood, the vehicle gets a 1.6-liter four-cylinder engine that produces 90 hp of power but fails to meet current European emissions standards. In fact, the vehicle only meets emissions regulations from 1996.

Commenting on the step taken by state-run Lada to introduce such a basic vehicle in today's era, David Ward, the executive president of the Global New Car Assessment Programme told NBC that this was an “ironic" and “retrograde step" for the country. Ward also serves as the vice-chair of the United Nations’ World Forum for Harmonization of Vehicle Regulation.

Policy expert Jeffrey Edmonds, who served the Obama administration in the US, commented on the situation in Russia, saying that this reflects that the Russian government is willing to compromised but safety and quality standards of goods “in the name of this invasion".