The two-day scheme by a petrol pump owner in Gujarat was availed by at least 30 people.Celebrating Neeraj Chopra's success, Mahindra has hinted at a special edition XUV700 SUV to honour the athlete.
By : HT Auto Desk
| Updated on: 10 Aug 2021, 10:17 AM 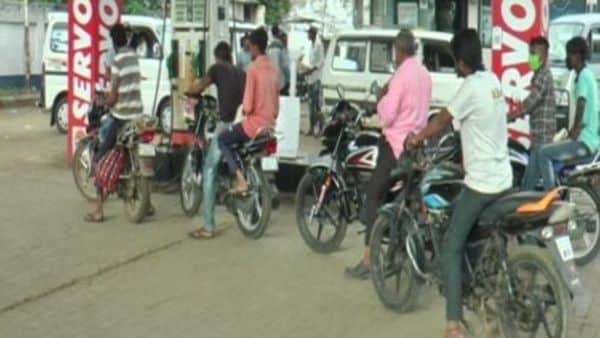 Free fuel worth ₹501 to every person named Neeraj.

A local petrol pump owner in Bharuch, Gujarat offered free fuel worth ₹501 to every person named 'Neeraj' as an honour to Tokyo Olympic gold medalist, Neeraj Chopra, who won India's first gold ever in the athletics category. All the beneficiaries were required to produce a valid identity card to be able to avail the bonanaza offer.

The offer rolled out by Ayub Pathan, owner of the SP Petroleum in Netrang town of Bharuch was, however, valid only till Monday evening. The scheme was valid for two days. Pathan told ANI that through this offer he wanted to celebrate the victory of the javelin thrower who made the country proud and brought joy to may Indians. "To pay tribute to Neeraj Chopra... we had launched a scheme for those named Neeraj. It is a very proud moment for us, when he won the medal," Pathan added.

He informed ANI that at least 30 people had availed the scheme. A beneficiary said, "First I thought it was a hoax call, but found on reaching the pump that it was indeed true."

Chopra's success was akin to a festival in the country and not just Pathan but many other individuals and entities celebrated his gold medal in some or the other way. Automaker Mahindra and Mahindra's chairman Anand Mahindra had announced that his company will gift their upcoming XUV700 SUV to Chopra. Writing a congratulatory post on Twitter, he called Chopra India's 'Golden Athlete'. "It will be my personal privilege & honour to gift our Golden Athlete an XUV700... Keep one ready for him please."

Just a day after this announcement, Mahindra went a step ahead to hint that the company is mulling over a special edition XUV700 in the honour of the athlete. The company's Chief Design Officer, Pratap Bose, took to Twitter to write, "We have some ideas cooking at the @MahindraRise Design studios! Will share more soon."