The glow-in-the-dark road markings will greatly improve reaction time to the road conditions ahead.
By : HT Auto Desk
| Updated on: 29 May 2022, 04:35 PM 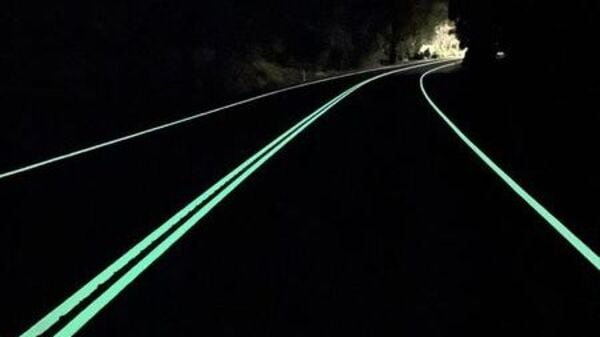 As part of its $245 million road safety program, the Australian government is installing some innovative new techniques to keep not just drivers safe, but cyclists and pedestrians too. The country plans to install photo-luminescent road markings that glow in the dark. The lines on the road will appear normal in the daytime, but in the night, they will glow just like the stars.

According to the state of Victoria, the innovation will help give motorists a “stronger definition coming up to intersections and curves" and will greatly improve reaction time to the road conditions ahead. Road safety has been a major issue across the world and governments are trying to make roads safer to travel for the motorists.

Victorian company Tarmac Linemarking shared images of a trial run of the glow-in-the-dark road markings on its Facebook page, which, even in complete darkness, were clearly visible thanks to the application of the special finish. Tarmac Linemarking says that the new technology would be “an outstanding product for pedestrians and bike lanes, roads, boat ramps, and many more applications."

Not only will this make staying between the lines easier for drivers at night, but bicycle riders and pedestrians as well. It is expected that the idea catches on and makes it to more parts of the world. Further, along with the photo-luminescent road lines, the government will also be implementing LED-lit pavement near intersections and other more reflective road markings as part of safety program.

Many Facebook users commented on the images posted by Tarmac Linemarking, appreciating the initiative. Some also expressed concerns about the glowing lines' operability in different climatic conditions such as on a day when there is less daylight or during winters.