Envisics says the first production version of its augmented reality HUD will be available from 2023 onwards.The company is individually engaged with different car companies to understand their vision of the future of an in-car experience.
By : HT Auto Desk
| Updated on: 20 Oct 2020, 10:09 AM 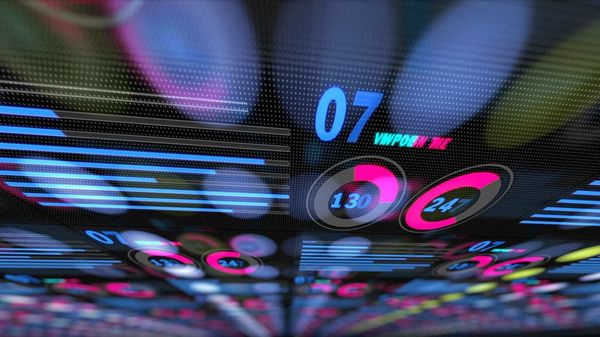 File photo of hologram used for representational purpose only

A 10-year-old British company, Envisics, has cracked the code to bringing holography to the head-up display (HUD) of a car. The holographic HUD will offer more than just a speedometer and navigation arrows. It could even offer Pokemon-style games and Zoom calls.

The lifelong dream of Envisics' founder to develop something like this started with a Star Wars fascination and progressed to a seminal deal with Jaguar Land Rover recently. The company also landed a $50 million investment round led by General Motors’ venture capital unit and Hyundai Mobis.

Envisics designed a holographic modulator that enabled it to electronically change the speed of light and along with mathematics, made it possible to use holograms on HUDs. The company designed a head-up display that worked in 7 Jaguar Land Rover vehicles and the first unit was shipped in February 2015.

The company revealed its first augmented reality head-up display in January 2019. The technology showed the ability to not only have a traditional display experience but also show information on three lanes of a motorway from about 20 meters in front of the car and all the way out to the horizon.

The major highlight of the technology is active safety - the ability to set up what the driver should be looking at while keeping in check what hazards there can be in an urban environment. "But other really significant use-cases were things like navigation... where you look at a map and look at the world around you and try to link that information together," the company's Founder and CEO Jamieson Christmas was quoted as saying by Bloomberg.

When used in autonomous vehicles with Level 2 and 3, Christmas said it could be a very compelling use of augmented reality. The HUD can tell the driver visually all that it is aware of which makes it easier for the driver to shift responsibility from driving the car to (other things) almost instantaneously. With Level 4 and 5, the technology has the ability to create future revenue streams for the car companies. Also, since the driver almost becomes a passenger, the technology has the ability to take one's everyday interaction with the cell phone and overlay it on reality.

Envisics says its first production version of the augmented reality HUD is to be available from 2023 onwards but initially in the premium part of the market. The company is individually engaged with different car companies to understand their vision of the future of an in-car experience and help them to realize that using its technology.